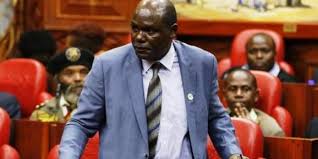 Chebukati In-laws go for each others’ throats

The escalating property row pitting the family of IEBC chairman Wafula Chebukati and his in-laws has taken an ugly twist with allegations of attempts by a wing of interested parties to poison Chebukati’s mother- in-law, the custodian of the multimillion shillings estate in dispute.
In a leaked email communication, part of the family have expressed fears that Mary Chebukati, wife of the IEBC boss attempted to poison her own mother, Rose Otolo as the struggle for the family wealth gets messier and noisier.
Mary Chebukati is a daughter of Second World War veteran and former Nairobi city politician, business guru Weston Otolo and Rose while her other siblings are former Mumias Sugar Company managing director Coutts Otolo, Vihiga gubernatorial loser Hellen Otolo, Lucy Otolo and the late Albert Otolo aka Commander Ali.
Shockingly, the siblings are fighting each other over the control of vast multimillion shillings property and their 91-year-old mother has been caught up in the fierce war where the siblings have resorted to washing their dirty linen in public amidst struggle to inherit part of the estate in Nairobi and their home village in Vihiga county.
Recently, your favourite Weekly Citizen authoritatively exposed the war within the family that has degenerated into name-calling with Mary referring to Hellen as a troublemaker and a prostitute who has rendered the family poor while Hellen on the other hand views her as a greedy woman toying with the idea of killing her own mother for the sake of wealth.
In an email communication between Mary, Hellen, Coutts, Lucy and their mother Rose, Hellen made a suggestion to the effect that Mary had planned to poison her mother with drugs.
While making direct reference to her sister Mary, Hellen further states in the email that: “You viciously stated that Coutts had informed you that mum was fearing that you might be trying to poison her by forcing her to take non-prescription drugs such as Adalat yet she does not have any pressure’’. 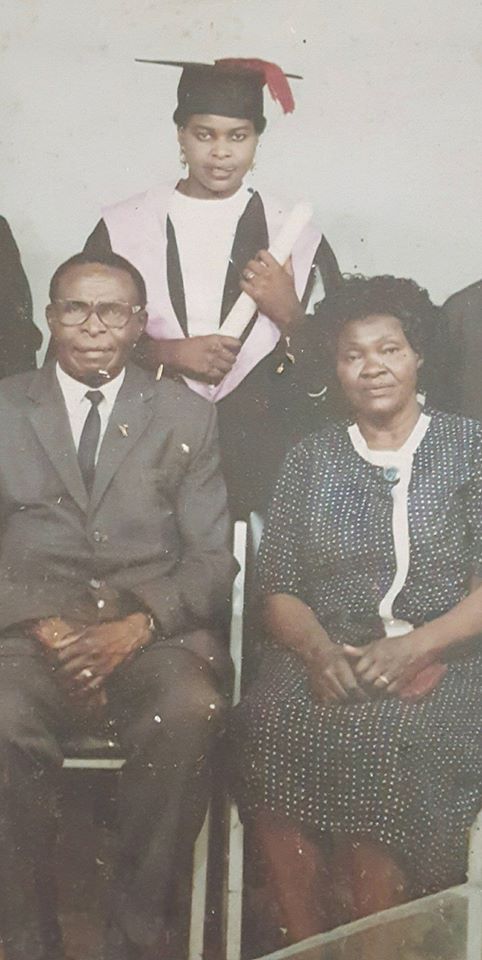 Hellen who fashions herself as their elderly mother’s private secretary, endlessly lamented in the email noting that Mary had called her ‘shetani’ who made her mother poor through her promiscuous lifestyle involving sleeping with numerous men in Luanda town.
Earlier, Mary had said that Hellen was fired from Kenyatta University as a lecturer over sexual harassment prior to venturing into politics.
Hellen admitted she was fired from the university but was quick to point out that the issue of sexually harassing a Tanzanian student who had rented her servant quarters within the institution was part of her sister’s dirty scheme to soil her good reputation.
In an email communication, Hellen sounds agitated after Mary purportedly referred to her degree as “Phd ya Mavi”, as well as many frustrations including blocking her from using IEBC vehicle during the funeral service of their late brother.
IEBC chairman had reportedly released the vehicle as part of support to the family during the funeral service of his late brother-in-law Commander Ali.
At the centre of fierce war among the siblings who were exposed to quality education are properties including a plot number LR 209/11373/47 at Mlango Kubwa estate in Nairobi, houses in South B and South C, two plots in Mathare and 14 acres of land in Mumias.
Hellen who appears to be fighting alone against her other siblings has accused Mary of using money to fraudulently take control of the estate management from her elderly ailing mother.
Part of the email read: “It seems your several high-end expensive cars, your Karen plot, your 40-acre farm are not enough for you. You still fight profusely to take ownership of plot at Mlango Kubwa’’.
Interestingly, what triggered the nasty public war was an incident that saw massive felling of trees at the family rural home ostensibly on instructions of their mother who reportedly pocketed Sh30,000 from the loggers.
It appears that apart from the elderly woman, Hellen was aware of the deal and this outrightly irked other siblings who demanded for an explanation on who gave authorisation in what is a pure supremacy war, in the struggle for the family wealth.
Lucy who is the family’s lastborn wrote an email expressing concern regarding tree-cutting incident at the homestead of the late Weston Otolo at Epanga Ebusikhale village.
At the time of the incident, Mary who is a senior officer at the ministry Lands was forced to abandon her official trip in Eldoret and rush home where she furiously complained why Hellen and the mother had given instructions of the felling of the trees.
The accusations and counter accusations following the cutting down of trees triggered a vicious war over property.
Mary who did not respond to phone calls from this newspaper regarding the poisoning allegations had previously accused Hellen of attempts to sell family properties.
“Hellen had illegally sold family land in Mumias and is only creating drama as a justification to the unlucky buyers who are on her neck for the refund of the money,’’ she said during a previous phone interview with this writer.
It emerged that the other siblings have conspired to confiscate the vital property documents from the elderly mother and in one of the emails, Hellen demands for an explanation to this.
But in a quick rejoinder Mary who is the chairperson of the Ladies Golf Union, maintained that the documents are with the family lawyer ahead of formal decision as far as administration of the estate is concerned.
But in a scathing email, Hellen fired: “I suggest you explain to Channing (their mother) yourself since she claims you are ignoring her calls and she is anxious to know the status of her documents and why they are not in her possession’’.
The email continued: “I only take dictation and send emails as per her instructions and her appointed private secretary. Don’t shoot the messenger, she has been following the Tob Cohen case and is very anxious’’.
It was at this point that Coutts made an intervention and through an email said to Hellen: “This is uncalled for. The deeds are in my custody and questions on these should be directed to me’’.
It further states that “there is an urgency for a meeting of all parties to discuss and put this matter to bed…I suggest Wednesday evening or Sunday afternoon’’.
Weekly Citizen learnt that the said meeting materialised after the publication of the first expose linking the IEBC boss in the property row that is now tearing apart his in-laws.
As all parties were in the village for the meeting, Hellen phoned this writer detailing that the meeting had been turned into hunt for evidence to implicate her into the tree-cutting saga as opposed to finding permanent solution to the raging war over property.
“Imagine these people are inhuman. They have transported mum to a dingy bar in Luanda town where they coaxed her into recording statement against me at the police station regarding the tree story,’’ she lamented.
The war is said to have attracted attention of elders who are now contemplating bringing the family back and to end the public mud-smearing that has erupted in the family of Weston Otolo, a former Kanu operative who was married to the sister of former Emuhaya MP, the late Sheldon Muchilwa.

Dirty politics plays out in Kimilili