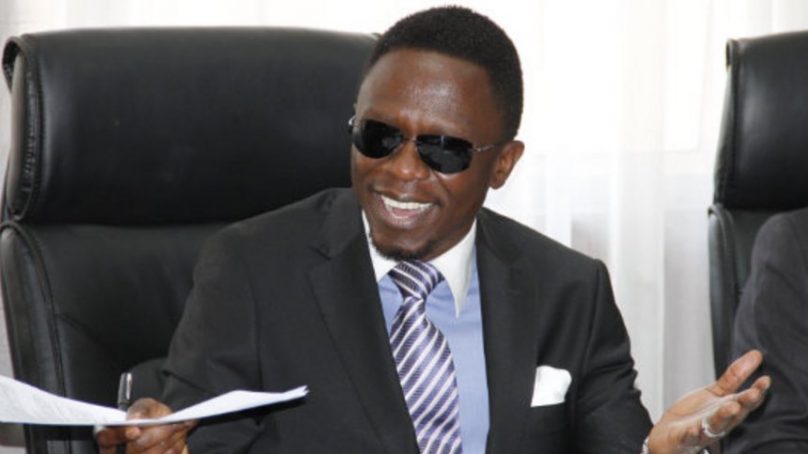 Foreign Affairs chief administrative secretary Ababu Namwamba is trying to reach out to Raila Odinga to mend fences after he went to bed with the ruling Jubilee party ahead of polls in 2017. Raila himself is now under the blankets with Jubilee.
Ababu, sources said, intends to extend an olive branch and beg for forgiveness from Raila for mistakes he committed against him and ODM party now that Raila and Uhuru Kenyatta are reading from the same script.
However, his efforts are being thwarted by three ODM politicians from Nyanza.
Namwamba who recently earned another name “the flying CAS for his love of hopping from one international conference to another is an ever smiling guy to the cameras, but deep inside things are not as rosy.
This comes in the wake of the current political shenanigans in the country where it is becoming clearer each day that the William Ruto whom Ababu had started aligning with, might not automatically become the most preferred presidential candidate come 2022, as was expected by many political minds.
The Ruto for President 2022 campaign had led many politicians to align with the DP, including Ababu, who stormed out of ODM towards 2017 general elections, spewing out venom and vitriol in all manner of political damaging statements against ODM and Raila angering a lot of ODM politicians.
His dumping of the party that gave him a political life was seen by many as suicidal and indeed it led to his defeat by Raphael Wanjala.
Now Ababu has since been seeking ways to reach Raila to seek acceptance to allow him to return to the party he dumped in 2017.
If Ababu’s prayers are to be answered, it would be the only way he could make a comeback on the Kenyan political arena as an MP. But only if he manages to beat Wanjala whom Ababu had relegated to the cold for 10 years.
But for him to make contact with Raila, there are three concrete hurdles he must cross in the names o Mohammed Junnet, Opiyo Wandayi and John Mbandi. The trio has vowed not to allow any meeting between Namwamba and Raila.
The three politicians have seen to it that Ababu does not reach Raila.
During the burial of a sister of the Busia county assembly speaker Wamalwa at Bukiri village in Funyula, Ababu who had chosen to skip the burial for reasons known to himself, was forced to drive to the funeral at breakneck speed in a government Mercedes Benz from Kolanya Girls’ High School where he seems to spend most of his free time while in Busia after getting information that Raila had landed at the funeral grounds in a chopper.
It was his only chance to have audience with opposition leader turned Jubilee government defender away from the politicians who have been blocking him.
By the time his dark blue GK Mercedes Benz arrived at the funeral, Raila’s chopper was already in the air heading to another function. Namwamba forced his driver to drive into crowds alighting in front of the other politicians and gazing to the VIP podium with an aim of seeing Raila but all was in vain