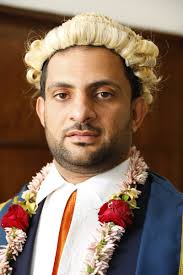 Drug barons named by the infamous second generation Akasha brothers – Ibrahim and Bakhtash – along with their co-accused Gulam Hussein and Vijaygiri Anandgiri Goswami who pleaded guilty to charges of drug trafficking at a New York court in the United States now face arrest and deportation.
Top on the list is Ali Punjani. Mombasa county assembly speaker Aharub Khatri together with billionaire businessman Humphrey Kariuki, who is fighting multibillion tax evasion allegations are also said to be on the list.
Southern District of New York Court sentenced Baktash Akasha 25 years in jail and his brother Ibrahim Akasha waits judgment on November 8 2019.
This was after the two, who were before Justice Victor Marrero, pleaded guilty to six counts of drug trafficking charges in October 2018.
Police also arrested a member of Mombasa county assembly in connection to drug trafficking.
Bofu ward representative Ahmed Salama was arrested following the operation targeting politicians and businessmen suspected to be behind narcotics trade. 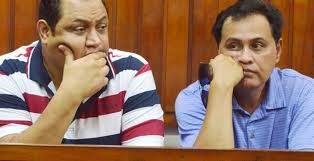 His arrest came a day after Interior cabinet secretary Fred Matiang’i held a meeting with politicians and security team.
Interestingly, the MCA was among leaders who had attended Matiang’i’s meeting at Uhuru na Kazi in Mombasa.
Salama, alias Bulldozer, recorded a statement at the Likoni Police Station before taking the police to his house.
Sources say the Akashas did not hesitate to finger out their Kenyan partners Punjani and Khatri whom they described as close business associates, with whom they regularly traded jointly with Asian narcotic -supplier Vijaygiri Anandgiri Goswami. Khatri was employed as an aide of Punjani and amassed millions of shillings before shifting to Abubakar Joho’s camp.
Khatri was a carefully hand-picked candidate and with Joho’s powerful political influence was installed as the county assembly speaker even as 11 other candidates were blocked from submitting their papers to contest the same seat.
From then on, unlike many county speakers, Khatri was seen on the frontline of many high profile political events.
Khatri first appeared in Mombasa circles in the early 2000 are when he worked as one of the right hand men of Punjani.
During the time he worked for Punjani, he gained insights into import and export business at the Port of Mombasa enabling him build own networks.
As with many unscrupulous tax evaders operating out of the Port, Khatri also engaged in a syndicate involved in import of stolen luxury vehicles from the United Kingdom which he sold locally to unsuspecting business persons using fake and duplicated registration.
The business was so lucrative because the stolen vehicles were often shipped containerised, and disguised as transit cargo but later diverted into the local market without payment of import duty.
Previous
National
Read more