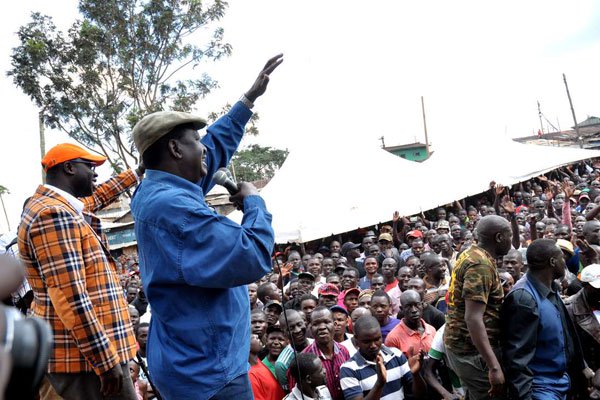 A new contestant has entered the Kibra by-election race hoping to succeed the late MP Ken Okoth on an ODM ticket.

The latest entrance of Richard Hongo aka Okee Kowuor brings to four the number of aspirants seeking ODM ticket in a crowded race that  has also attracted human rights activist Editar Vitalis.

Vitals confirmed that she will be battling for the seat on Ukweli Party (UP).

In an exclusive interview with Weekly Citizen, Hongo categorically took issues with former ODM functionary Eliud Owalo branding him a cheap political hunter who is not guided by the leadership principal but wealth.

He revealed that his move was inspired by mounting pressure from local voters yearning for his style of leadership which had striking similarities to that of former MP the late Okoth.

Hongo warned his rivals at the party nomination stage to brace for a tough duel adding his campaign team will from next week hit the ground hard on a meet the people tour followed by an intensive door to door campaign.

ODM chairman John Mbadi has said the party leader Raila Odinga has convened a meeting next week to discuss how ODM will pick its candidate.