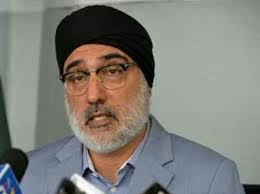 Asian sugar barons tear at each other

A vicious war pitting sugar barons Jaswant Rai and Raju Chate of Kibos Sugar has exploded in Kisumu.
Rai, out to control the sugar, was instrumental in influencing an Asian PV Ramana Rao be appointed by Kenya Commercial Bank as receiver manager of Mumias Sugar. Rai wants to use Rao who is from the same Hindu sect to acquire Mumias Sugar nucleus and other tangible assets. Rai is dropping the Kenyatta family name in the deals. Raju is allied to deputy president William Ruto.
Rai Sugar has been accused of mounting a weigh bridge at the doorstep of Kibos Sugar all in a bid to maximise on cane by poaching. The billionaire operative Rai is the owner of West Kenya, Sukari Industries, Ole Pito in Busia, Kimilili Sugar, Pan Paper and Tri Plies to mention but a few.
He is also alleged to have dubiously acquired Yala Swamp in what pundits say was a well orchestrated conspiracy by his networks across the political divide which left the wealthy American owner parking in a huff to the chagrin of locals. In a well cheorographed scheme to clip the wings of Kibos Sugar now the only threat existing in the region, Rai has compromised almost the entire local political leadership, Cyber Loafers and other sugar stakeholders to monopolise the sector which should be competitive and full of exhibition of standards in order to offer employment.
Leading the well oiled syndicate is a notorious jail bird turned sugar activist who has been bought a Range Rover car and now is a proud owner of a storeyed building at Muhoroni thanks to about four demonstrations around the streets and court corridors.
At the High Court, they were victorious leaving Kibos with no option but to appeal.
The battle by two wealthy Sugar barons Rai and Raju has reached its fever pitch. It has emerged how the three non described petitioners hired none other than Uhuru Kenyatta’s lawyer Fred Ngatia to represent them in the case. 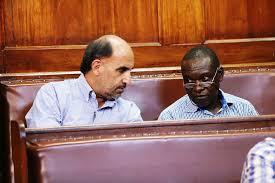 On the other side, Kibos Sugar has also hired the services of Tom Ojienda and James Orengo in the ongoing appeal in Kisumu. Observers were, however, quick to question the financial warchest being exhibited by the trio to hire Ngatia yet they are known strugglers who can hardly put a meal on the table thus raising eyebrows on whoever could be funding them.
Every week since the court battle started one year ago, the trio is ever airborne to Nairobi on crucial deliberations and strategic meetings. Locally, they will be seen in high end eateries dining and wining with Asians said to be funding the vicious war between the two tycoons who are also said to be relatives.
At inception, the petitioners were three but now only one is remaining in the case. It is rumoured the duo retreated after realising that one of the handlers of Rai who was once a jailbird and a highway robber has been swindling them of their paltry stipends given by Rai.
No wonder nowadays they hardly attend court sessions, thus leaving the donkey work to one petitioner who is a broker along the court corridors.
It is interesting to note that in a bid to tilt the court verdict, the mandarins have hatched a plan to pack the courts with ragtag protesters. All workers of Rai from the personnel, administration and procurement departments will always be seen glued in court sessions thus adding credence of the interest and magnitude of the war.
Two of the disenchanted petitioners are said to have embarked on an extortion spree as they are always seen hovering in Asian eateries angling to see Kibos’ owners on extortion related escapades