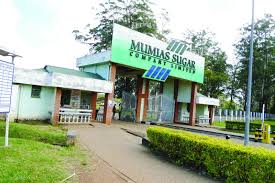 Kakamega county governor Wycliffe Oparanya has failed in his attempt to take over troubled Mumias Sugar Company.
Senior managers snubbed a meeting by Oparanya who, despite that, formed a committee chaired by county secretary Jacinta Adhiambo to come up with recommendations on how his government would revive the company. 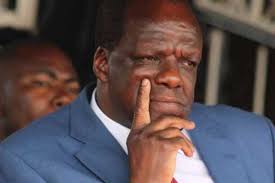 Governor Oparanya then stormed the factory after the meeting attended by several MCAs and county ministers at the factory guest house and later addressed a section of staff outside the factory where he changed tune instead saying he wants to partner with the management to revive the firm.
He said the committee will comprise county staff and two representatives from the company, one representing staff and another one drawn from the union.
But acting company MD Isaac Sheunda rubbished a committee put in place by Oparanya terming it “illegal and strange”.
The CEO said Oparanya was meeting some of the staff as residents of Kakamega adding that the COG chair was not sincere about revival of the company because it was him who told sugarcane farmers to uproot the came during campaigns and they did.
“We wrote to Oparanya in February and asked him to assist us by having county staff manage our none-core assets like the housing estate and the sports club and assist us in cane development but he declined, agriculture being a devolved function. He cannot then turn around and say that we’re selling them,” he said.

Mombasa tycoon to deal with Joho