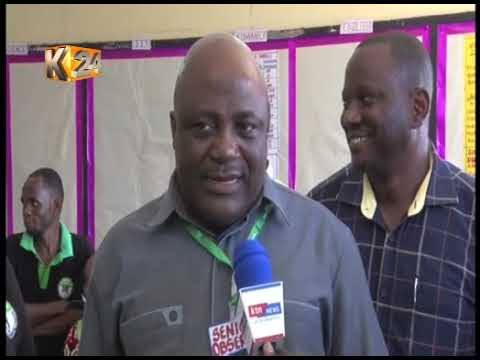 The embattled principal of Nyali Primary School in Mombasa county has remained at the institution inspite of persistent pressure from parents for his removal over accusations of corruption.

Towards the end of last year, the aggrieved parents held demonstrations to pile up pressure for John Kombo’s removal, claiming he was running down their school, an accusation the principal has dismissed as a witchhunt and challenged those with evidence to table it.

The elite school is owned by Mombasa Parents Club and attracts pupils mostly from well-to-do families in the port city. School fees per term is up to Sh55,000. It has a population of over 1000 pupils.

Inspite of performing well in national exams, parents claim the school has been mismanaged and wants the principal to exit.

At the centre of dispute is the purchase of two school buses which parents want investigated over claims that their value was exaggerated. There are claims that over Sh600,000 was looted and pocketed during the acquisition.

They are angry that Kombo is playing down the bus scandal and other corruption allegations in the school.

Some parents further lament that inspite of being the owners of the school, they have been harassed and asked for kickbacks when seeking for admission of their children.

“Inflation of purchases, misuse of power, bribery, nepotism, taking 20pc from support staff salaries among other disturbing things are happening in at Nyali school yet we are prevented from addressing these issues,” a parent lamented last year during a demonstration.

The parents are also unhappy that their resolutions in past AGMs, were never implemented, accusing the principal of running the school like a personal property.

“Even the buses scandal would not have taken place if our resolution to outsource transport was adhered to. The reasoning behind outsourcing was meant to avoid maintenance expenses. But due to selfish reasons, the board and the principal have ignored the parents input,” a parent said.