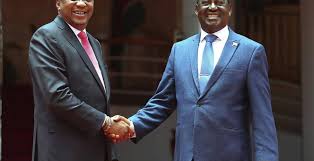 ODM is still smarting from the devastating loss it suffered in the Ugenya constituency by-election where its candidate Christopher Karan was handed a heavy defeat by immediate former holder of the position Dave Ochieng. 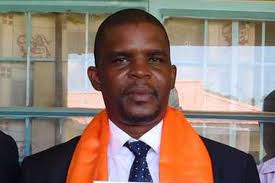 Ochieng vied for the seat during the 2017 general elections and lost but appealed against the outcome of the results.
The election court cited numerous irregularities in the polls and concurred with the petitioner who had vied on a MDG party.
Karan’s humiliating loss to Ochieng is now being viewed by many observers as a sign of things to come in the 2022 elections where other independent candidates are expected to give ODM a run for its money.
Ochieng’s win is not surprising since ODM lost other seats in the last polls.
For instance, Olago Aluoch of Ford Kenya defeated John Awiti, the ODM candidate to retain his Kisumu West seat on a Ford-K party ticket.
Ahmed Shabbir defeated Nicholas Oricho also of ODM to secure the Kisumu East seat. Aluoch was defeating an ODM party candidate for the second time having defeated Rosa Buyu of ODM during the 2013 general elections. 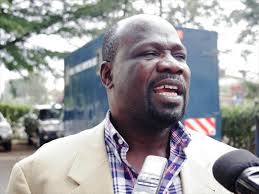 In the same year, Onyango K’oyoo won the Muhoroni constituency seat on a PDP party ticket while Omondi Muluan also won the Alego Usonga seat on another ticket.
Several MPs were going to the last polls branded as party rebels or moles. They included Silvance Osele (Kabondo-Kasipul), Augustino Neto (Ndiwa), Millie Odhiambo (Mbita), Ken Obura(Kisumu Central) and Gladys Wanga (Homa Bay women representative). The branding of a number of MPs appeared to take a toll on some of them since they never made it to the ballot box. Ken Obura was locked alongside Neto and Ochieng.
Shabbir was considered an ally of former Kisumu governor Jack Ranguma and later opted to vie as an independent and carried the day against Oricho. 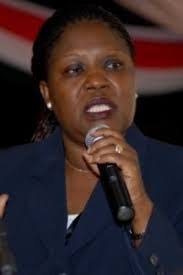 Osele also paid dearly since the party favoured Eva Obara, who later won the seat on an ODM ticket.
Ochieng fought back and defended his seat on another ticket before contesting the outcome of the results and eventually reclaimed the seat against little known Karan.
During the 2013 elections, Jared Kopiyo won the Awendo seat on a Ford K party ticket after being locked out of ODM primaries just like K’oyoo and Aluoch.
Being branded as moles has over the years cost many MPs in Luoland their seats.
During the 1997 elections, MPs Justus Ogeka (Muhoroni), Clarkson Karan (Nyando) Gerald Kopiyo (Kasipul-Kabondo), Achieng Oneko (Rarieda) among others could not make it due to their perceived alignment to then Ford-K chairman Wamalwa Kijana.
Most of them lost their seats save for James Orengo, who went against all the odds to beat James Nyamodi of NDP. Joe Donde won the Gem seat by default since Obare Asiko of NDP had been time barred.
Gem constituents opted to vote for Donde in order to lock out Grace Ogot who was poised to clinch the seat on a Kanu ticket following the NDP hitch. It was a clean sweep during the 1992 multiparty elections as Ford-K took advantage of the euphoria to win all seats in Luoland.
Ochola Ogur (Nyatike) and Tom Obondo (Ndhiwa) were subsequently locked out after defecting to Kanu and Ford-K won the subsequent by- elections.
Recently, ODM MPs were in Kisumu West where they were hosted by Aluoch. They K’oyoo (Muhoroni), Walter Owino (Awendo), Anthony Oluoch (Mathare), Jared Okello (Nyando), Opiyo Wandayi (Ugunja) and James Nyikal (Seme). 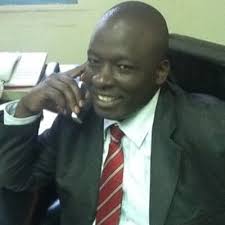 Also present were Aduma Owuor (Nyakach), Tom Odege (Nyatike), Jacqueline Oduol (Nominated MP), Rose Nyamunga (nominated Senator), Christine Ombaka (women rep Siaya) and Millie Odhiambo (Mbita). Okello said the next step would be Ugenya in move to woo former party members who are strong and beat ODM aspirants hands down at the last polls.
The Ugenya loss has left ODM bruised and pundits believe that it is a pointer to what might happen during the 2022 elections.
Aluoch has twice won the seat on the same party ticket. What many people are asking is what Aluoch who is considered an independent minded politician could be up to. Many believe he could be warming up to ODM ahead of the next elections in 2022. 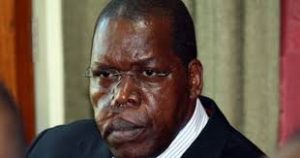 The MPs who later joined Aluoch at a church did not discuss such an issue.
Last year, Aluoch assured his constituents that he will first consult before he guns for a higher office come the next general elections. The MP who was responding to calls from his supporters while addressing them at Kogony chief’s camp said it was still too early as that kind of decision was crucial.
The MP who retained his seat on a Ford-K ticket during the last general elections challenged those who are ready to fill his shoes when he moves to a higher office when the right time comes saying many of his constituents shy away from filling his shoes either due to the high standards he has set or are simply shy.
The MP who earlier opened four houses for administration police officers through the National Constituency Development Fund said it is too early to talk about a referendum. Aluoch said a referendum Yes or No is yet to be crafted hence the need to shelve the issue first. Aluoch said the handshake between Uhuru Kenyatta and Raila Odinga was a step in the right direction. He said Kenyans should give the building bridges initiative time to do its work first instead of talking about a referendum