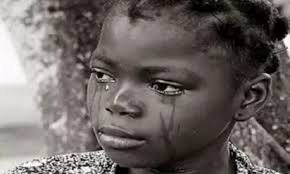 Two children from Matete sub county in Kakamega have been rescued from the hands of their cruel father who has been torturing them by beating, burning and denying them food.
The officer in charge of Centre for Legal Aid and Advisory Service under the I-Care organization based at Kaburengu in Matete sub county Sarah Sirengo said the two, a boy and a girl aged nine and three years respectively, were found malnourished with scars and fresh wounds all over their bodies.
She said their father Lucas Shiundu had confined them in the house where he has been torturing them by beating them daily and even burning them using a hot metal.
Despite causing them serious body injuries, he never bothered to take them to hospital but instead locked them in house without food.
Sirengo said the children’s mother died in 2016 leaving the two under the care of their uncle Timothy Wafula.
However, in July this year, Shiundu demanded to take the children so that he could take care of them himself before he turned beastly and started torturing them.
The incident attracted attention of neighbours who tipped off the local administration and officials from the organisation who took swift action to rescue the two children.
The children have been taken back to their uncle Wafula at Muhomo village in Chevaywa location.