Baringo gubernatorial race has attracted the who-is-who in the county politics with William Ruto and area senator Gideon Moi factor complicating the scenario. 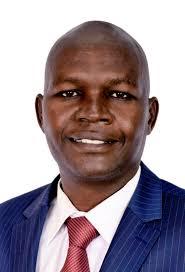 Others who have shown interest to dethrone Governor Stanley Kiptis are former governor Benjamin Cheboi, Labour and Social Services cabinet secretary Simon Chelugui, Gideon and Tiaty MP William Kamket. As he prepares to defend his seat in 2022, Governor Kiptis will face stiff competition. Kamket’s decision is based on grounds he is aware Gideon cannot be president come 2022 and thus is out to strike his own political journey as he matures politically. 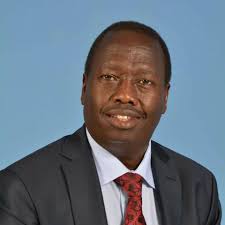 Cheboi is still a political force to reckon with in Baringo and has declared interest in the seat. The former governor could make a comeback depending on Kiptis’ development track record while Gideon is said not to enjoy a cordial political relationship with Governor Kiptis. With his eyes focused on the presidential seat in the 2022 election, Moi’s influence is likely to play out in the gubernatorial election although Ruto is said to have prepared his lineup and set to sponsor his own candidate for county seats in Rift Valley. 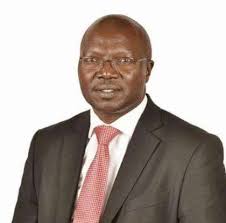 And as they say, in politics nothing can be predicted. Gideon can also end up vying for the governor’s seat come 2022. Kamket is among vocal politicians in Baringo. His political influence is steadily rising and is among politicians to watch out for in the 2022 polls. Governor Kiptis is serving his first term in office and is expected to defend the seat in the 2022 elections. He defeated Cheboi in the 2017 general election. Cheboi conceded defeat to Kiptis in 2017 and handed over the seat of power.

Last week, Cheboi told Kiptis to prepare for a loss as he will trounce the governor in the next poll. Cheboi is credited for tackling cattle rustling, boosting food security through initiation and rehabilitation of irrigation schemes and promoting education in the county. In 2017, Ruto prevailed upon Chelugui to step down for Kiptis in a wider scheme that saw Cheboi fail to reclaim the governor seat. Although Cheboi had in 2013 won the seat on Ruto’s URP, Kiptis has emerged as the DP’s favourite and a close ally. Chelugui went for the senator race instead in Ruto’s move to defeat Gideon in Baringo.

After the defeat by Gideon, Chelugui was appointed to the cabinet as Water cabinet secretary and then Labour. The CS has been on the Ethics and Anti-Corruption Commission radar after details emerged of how a company formerly associated with him could have benefited from tenders in the ministry of Water where he was previously in charge. Last year, Ruto saved Governor Kiptis who was under siege as residents pushed to have him impeached by the county assembly. The residents supported a plan by civil society groups that were seeking to collect signatures in all the six sub-counties; to pave the way for the county assembly to start the process of impeachment.

Some residents claimed the governor had failed to initiate any tangible development while public institutions had been run down. It is said the DP prevailed upon the civic leaders to drop the plan and instead impress development. Rivalry between Gideon and Ruto is likely to play out. Should Gideon who is also the Kanu chairman, declare his interest in the county gubernatorial seat the situation will be complicated. According to Moi, the independence party Kanu is working on growing its numbers at the grassroots ahead of next year’s general election. 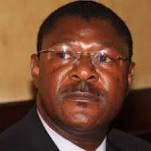 The Baringo senator says despite having a good working relationship with president Uhuru Kenyatta, ODM leader Raila Odinga, ANC boss Musalia Mudavadi and Wiper and Ford Kenya party leaders Kalonzo Musyoka and Moses Wetang’ula, he was committed to making Kanu a formidable force. This is against the backdrop that Ruto has already identified UDA as his political vehicle he will use to seek for presidency in 2022. The DP is also expected to sponsor a candidate on the party ticket for the Baringo governor seat. However, it is not clear whom he will front between Kiptis and Chelugui since both are his close associates.