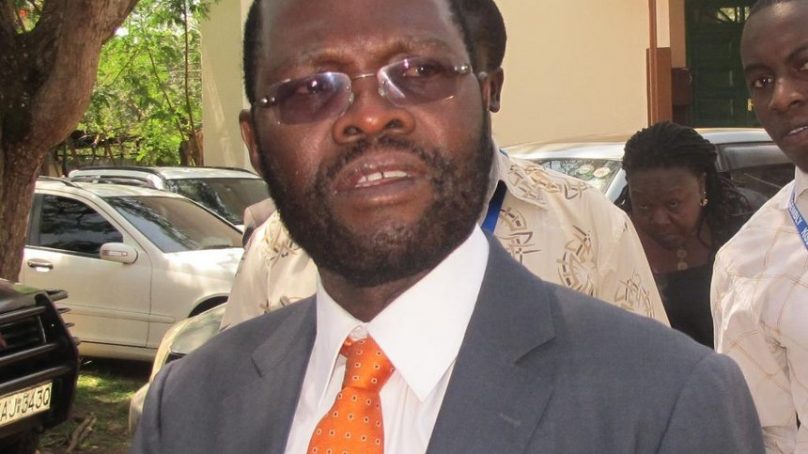 A High Court in Kisumu has slapped a total fine of 800,000/- on the Governor Anyang’ Nyong’o and Sister Risper Nyagoy after it found them guilty of contempt.

Lady Justice Tripsisa Cherere ordered the duo to pay 400,000/- each within thirty days or serve one month in default.

The courd had ordered  the two to appear in person for the punishment but they failed to come as directed.

The judge further ordered them to pay  a fine of 50,000/- per motnh if they fail to file books of accounts as directed earlier

Nyong’o and Nyago  were to be sentenced on Tuesday after being found guilty for contempt of court after failing to comply with an order but failed to appear in court.

Last year in October, Justice  Cherere ordered Nyong’o and Nyagoy to include all the children belonging to their sisters as beneficiaries to their father’s Sh200 million estates.

The nephews filed an application seeking a six-month jail term for the governor and his sister for contempt of court.

Kenneth Okuthe said the two failed to comply with a court order to include them as beneficiaries of their grandfather’s estate.

However yesterday, Nyong’o and Nyagoy’s lawyer Jefferson Museve stated that the matter touched on his clients liberty hence should be given 14 days to have them appear in court.

He said he was unaware that his clients were out of the country  when the dates were being set earlier for sentencing.

He produced the hospital document.

However Okuthe’s lawyer Rodgers Musemi disagreed with this saying it was a delaying tactic aimed at delaying the finalization of the matter.

Musemi prayed for warrant of arrest to be issued against the two and the orders be executed by the OCS Kisumu Central Police station and overseen by the county commander given the status of the governor.

He noted that there was no tangible evidence produced in the court that the two had been outside the country.

“They should come to court with evidence, all we want is that the sanity and orders of the courts be respected, “he said adding that the court should put its foot down.

He said even president Uhuru Kenyatta had to leave the country to go and attend cases at the international criminal court.

While giving her ruling, Justice Cherere noted that the sanity of the court must be respected.

Nyong’o and Nyagoy are locked in a property dispute with two of their nephews.

In the October orders, Cherere also revoked the administrative letters and certificate of confirmation of grant that placed Nyong’o and Nyagoy as the controllers of the estate. The court appointed one of the nephews as a co-administrator.

The judge also asked the governor and his sister to provide books of accounts for their father’s property including 100 acres in Miwani and flats on Jogoo Road in Nairobi. Other plots are in Tamu, Milimani, Manyatta and East Rata in Kisumu.

Nyong’o and his sister had appealed Cherere’s directive, but failed to get orders to suspend it, hence the contempt suit.