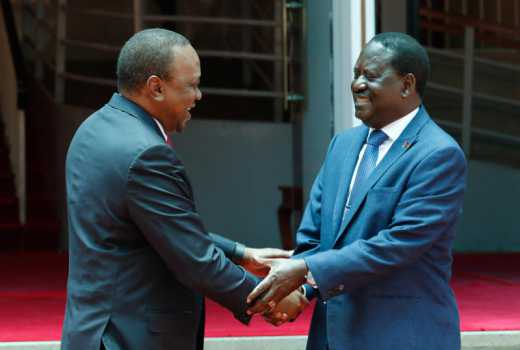 Cracks emerge in ODM over handshake

Tension is building up in ODM following revelations that leaders led by James Orengo, Jimi Wanjigi and David Ndii have been holding secret meetings to plan how to sabotage the Building Bridges Initiative and eventually oust Raila Odinga as party leader if he is not presidential candidate in 2022. 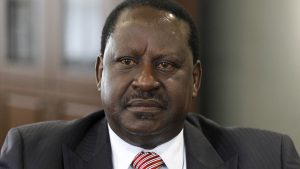 They strongly suspect that Uhuru Kenyatta is luring the ODM leader to back Baringo senator Gideon Moi for the presidency in 2022. They are also concerned that the government did not set aside money for the referendum, noting this signals Uhuru’s reluctance to implement Raila’s wishes.
Insiders aver that Orengo, Wanjigi and Ndii plan how to field another candidate in case Raila falls to Uhuru’s tricks. 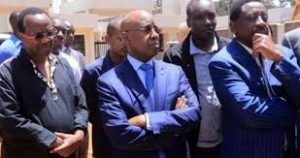 In attendance were Wanjigi, MPs Anthony Oluoch, Sam Atandi and Elisha Odhiambo. Edwin Sifuna, Oduor Ong’wen, Willis Otieno, Judith Pareno, Mika Kigen, and other officials. At the meeting Ndii ordered all phones to be switched off to avoid any leaks.
Insiders say that Orengo and Wanjigi made a case to the group that the president is merely using Raila and will dump him before the next polls and therefore they should come up with an alternative even if it means ensuring the ODM leader looks hopeless in the eyes of his supporters.
Wanjigi argued that the handshake has not helped the party’s financiers to secure business, which mean in 2022 they will not have enough resources for their presidential candidate, and it is time they charted a new direction. The businessman expected to reap from the referendum.
Insiders add that the group has been holding regular meetings outside the ambit of the ODM Party and have now coined a term “our candidate” which they frequently use in praise of an unnamed presidential candidate. There are signals that the group might be forced to back William Ruto in case Uhuru and Raila front Gideon. 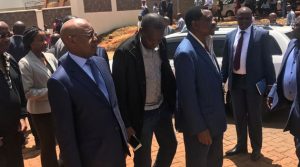 During the meeting at Ndii’s house, sources say, a call was placed to Migori Governor Okoth Obado who they wanted to win over. The governor who spoke to the rebel group on speaker phone was however non-committal on calls to join them.
Ndii has increasingly been critical of Raila’s relationship with Uhuru and reportedly declined an offer to join government.
Uhuru had accepted Raila’s request to appoint Ndii as finance consultant at National Treasury.
Insiders add that Orengo is increasingly desperate to position himself as a front runner in the Raila succession battle in Luo Nyanza and Ruto has assured him of support toward this endeavour. The senator is considered the ideal candidate to replace Raila as the Luo kingpin.
Previous
National
Read more