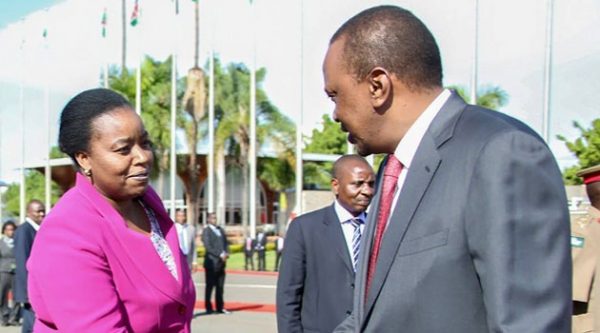 Rebellion is brewing at the ministry of Foreign Affairs where an ugly tug-of-war between CS Monica Juma and PS Macharia Kamau has given birth to unprecedented changes including chopping off some privileges for diplomatic staff.
The ministry has abolished overseas per diem rates and training subsistence allowances for its diplomatic staff as one of austerity measures.
And now, Kamau is blaming Juma for the current controversy surrounding Mwende Mwinzi as envoy to Seoul, South Korea. It is said Monica pushed and misled Uhuru Kenyatta to nominate Mwinzi after a section at the ministry were against.
Apart from Mwinzi, others nominated and had parliamentary committee approval after spending a fortune are Kariuki Mugwe (Abu Dhabi), Peter Angore (Algiers, Algeria), Flora Karugu (Lusaka, Zambia), Michael Mubea (Dublin- Ireland), Diana Kiambuthi (Stockholm, Sweden) and Njambi Kinyungu (UN-Habitat). Mubea’s clearance despite being linked to multi-billion shillings scams at Ethics Anti-Corruption Commission where he served as chief executive officer surprised many. Those in the know claim Mubea reached out to those on committee and lobbied. 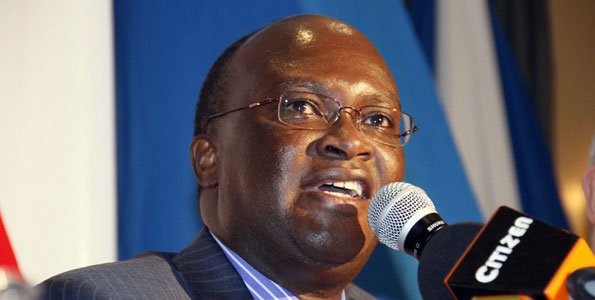 Mwinzi’s trouble on the other side has to do with dual citizenship (Kenya and US). During the debate, MPs recommended Mwinzi renounces her US citizenship after formal appointment so as not to be against the law.
Defence and foreign relations committee told Mwinzi to choose between her US citizenship and the Kenyan appointment. The committee chair is Katoo Ole Metito the MP of Kajiado South.
The national assembly has once again reignited the debate over the suitability of Mwinzi serving as Kenya’s envoy to South Korea before she renounces her US citizenship.
Weekly Citizen has information that after the committee recommendations, Juma advised Mwinzi to downplay the matter and even told her to attend a training session of the new envoys.
The matter was raised on the parliamentary floor when legislators resumed their sessions last week. It forced speaker Justin Muturi to direct house committee on implementation to establish if Mwinzi had renounced her US citizenship before taking up the job.
Weekly Citizen has information that, to fix the other, one of the warring factions at the Foreign ministry reached Endebess MP Robert Pukose to raise the matter on the floor. The firebrand MP claimed that she had taken up the job flouting the house committee resolution guided by court rulings and the chapter six of the constitution on leadership and integrity.
Muturi directed Ole Kenta’s committee to summon the chief executive and secretary to the Ethics and Anti-Corruption Commission Twalib Mbarak to update on the status of implementation of the house resolution.
But leader of majority in the house Aden Duale was of the view that Mwinzi had not taken up her appointment as no photos of the lady presenting credentials to the South Korea government were tabled.
During her vetting by the house team, Mwinzi explained that she was born in the US but she chose to be a Kenyan.
“I was born in the US but I belong to Kenya. You can choose where to belong but you cannot choose where to be born. I’m a Kenyan through and through. I speak fluent Kamba and Kiswahili,” she stated.
Just like Mwinzi, Monica is a Kamba and was a key Jubilee coordinator in Kitui region during 2017 general elections. Her husband is Peter Kagwanja from Murang’a and so Kambas consider her a Kikuyu. Monica was instrumental in the recent appointment of Wiper leader Kalonzo Musyoka as Kenya’s special envoy to South Sudan.
Mwinzi contested for Mwingi West parliamentary seat on a Jubilee party ticket in the last elections.
Weekly Citizen has established an existence of two warring camps within the sensitive docket with reports that junior officers are divided between Monica and Macharia who is controlling the other camp determined to ensure her ouster.
The besieged CS and her group believe Macharia is calculating for her boot her out of the lucrative office through setups that have always left Monica with an egg on the face.
Inside sources indicate that the rival group has resorted to celebrating every failure encountered by CS Monica in the line of duty and the most recent one was a case in Japan when she did not succeed in lobbying to have Uhuru Kenyatta address the Tokyo International Conference for African Development. 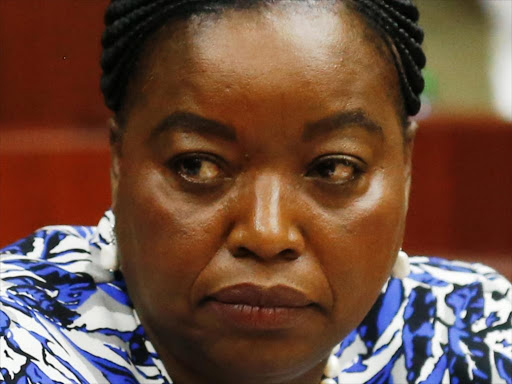 Firebrand trade unionist Francis Atwoli who attended the event was quick to discredit Monica over her failure to ensure Uhuru addressed the important conference.
The embarrassment played out despite the fact that Kenya had just hosted the Ticad VI forum in 2018 and therefore, Uhuru was perceived to be a prominent figure at the event.
The evident bad blood between the two went a notch higher following the release of a circular announcing that the ministry will no longer facilitate the lucrative foreign trips for diplomats, heads of directorates, departments, divisions and units.
This comes amidst claims of favouritism in promotions, deployment especially in foreign missions.
A letter dated September 6 2019 signed by the PS reads in part: “It’s the decision of the government that effective September 1 2019, officers going on sponsored activities either locally or abroad will no longer be entitled to quarter per diem’’.
Weekly Citizen has learnt that Monica chaired a tension-packed meeting bringing together all heads of political directorates and the new changes are just some of the issues that took centrestage at the meeting.