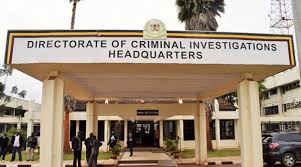 Enraged members of Katelembu-Athiani Cooperative Society have called upon both Ethics and Anti-Corruption Ethics and Directorate of Criminal Investigations to probe the troubled society which has been marred by mismanagement.The members complained that so far they are yet to get title deeds as promised during the last annual general meeting.
The society which has seen former directors charged in court is embroiled in tussle pitting directors a move that led to resignation of some members in the recent past. The death of its former chairman Peter Kamba has led to jostling for leadership at the rotten society.
The late chairman was replaced by Wilson Mbithi who is now leading a divided management. Furious members who spoke to Weekly Citizen cited cases of double allocation of their land and failure by management to hasten issuing of title deeds as agreed. Machakos lands office distanced itself from the mess saying it is carrying a proper audit of the society before issuing title deeds to avoid court battles.
The matter has sucked in senior cooperative officers in the county who are accused of shielding a section of the directors for their own selfish ends. The farmers now want both George Kinoti and IG Hillary Mutyambai who happens to come from the county to intervene and safeguard the members interests.