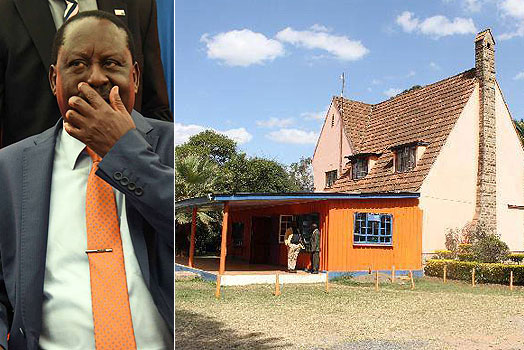 A disagreement over the sharing of a Sh40 million kickback generated from the purchase of a house for the Orange party has sparked a serious war in the Raila Odinga-led party.

Sources say the sacking of ODM Director for Political Affairs and Strategy Wafula Buke was sparked by a row over Sh40 million bribe that some officials claim was taken to Raila, though the former Prime Minister did not receive a penny.

The money, according to highly placed sources, was generated in the purchase of a Sh180 million property in Lavington, Nairobi, as its new headquarters. 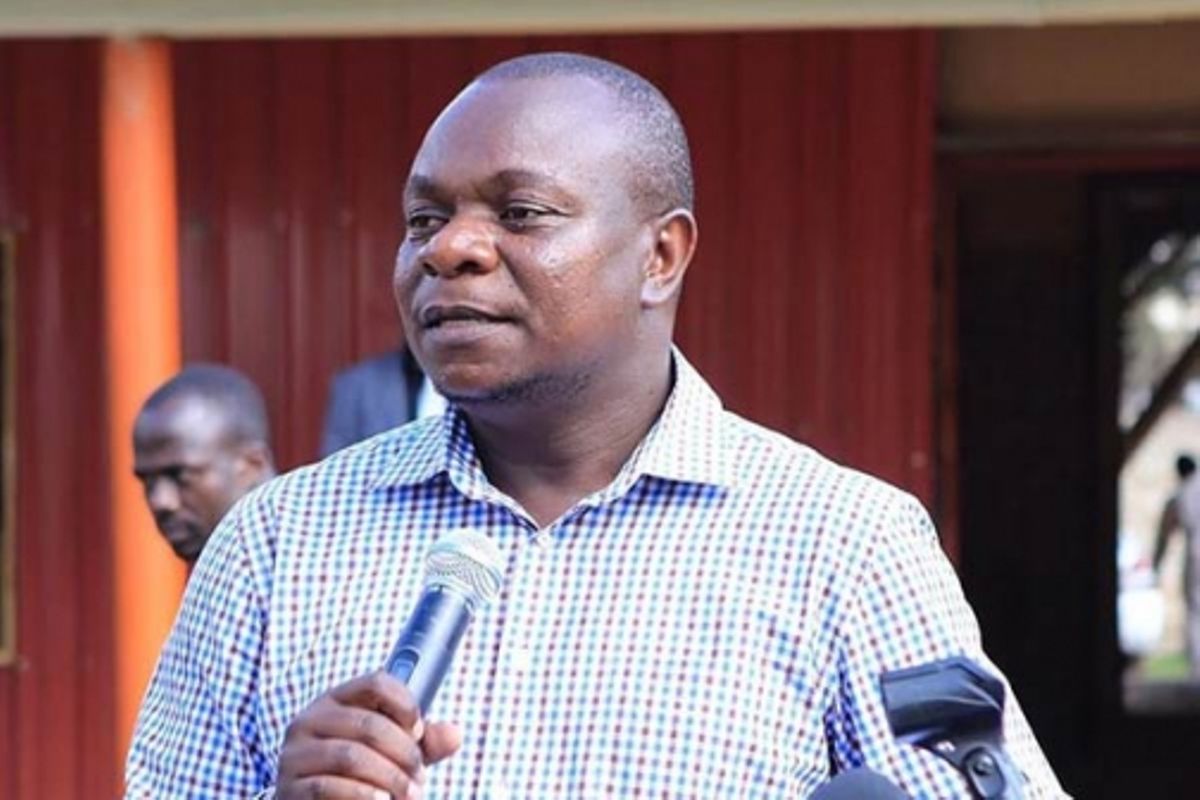 But the true price, according to sources, was Sh140 million, but the figure was inflated to Sh180 million, which saw selected officials pocket Sh40 million.

The said officials claimed they took the Sh40 million to Raila to facilitate the Kibra by-election, but they never did do.

Speaking in a press conference at a Nairobi hotel a day after he was sacked, Buke who was accompanied by Evelyne Wanjugu Kimathi, daughter of freedom fighter Dedan Kimathi and a staunch ODM member, termed as rubbish claims that the Raila-led party had made a down payment of more than Sh20 million and was expected to pay at least 60 per cent of the total cost before moving in by December 31, saying the full amount of Sh180 million was withdrawn from the account, where Sh140 was paid to the owner of the house and Sh40 million left in the hands of the said officials. 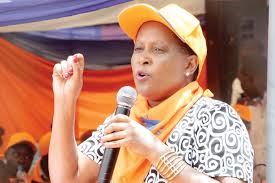 ODM purchased the property as part of its re-branding strategy ahead of the 2022 General Election.

Top party officials have hinted at major plans to revamp the party that was at one time the largest and most formidable political entity in the country.

According to Buke, one of the officials is now inflating the price of renovating the new headquarters in readiness for the relocation, where he will pocket millions of shillings.

The relocation was prompted by the refusal of former Raila aide Caroli Omondi to renew the lease of Orange House, located on Menelik Road in Nairobi’s Kilimani area.

Omondi worked for Raila in the Prime Minister’s Office during the Grand Coalition government before apparent fallout.

His relationship with the party deteriorated after he lost to ODM Chairman John Mbadi (Suba South) in a disputed party primary in the run-up to the 2017 election.

He claimed that Mbadi used his party position to abuse the electoral process. 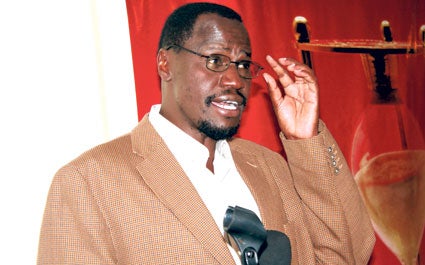 ODM Executive Director Oduor Ong’wen in June denied claims that the party was kicked out due to the bad blood between Omondi and the party.

Last week, Buke, taking to Facebook, confirmed that he had received a letter from ODM firing him, and that party officials were not picking his calls.

“I was sacked as Director for Political Affairs and Strategy of ODM. Edwin Sifuna, Oduor Ongwen and Judith Pareno, since you can’t pick my calls, I hereby confirm receiving your letter. I ruffled snakes and have received my feedback. I disagree with you so I will see what to do about that. I just lost income but the struggle for a better ODM is for us all. The funeral for losing a job continues. No burial arrangements,” posted Buke.

Buke vowed to present to Raila an audio recording of the said officials discussing how to share the loot.

For months now, Buke, a former student leader, has been fighting for transformation and credibility from within the ODM party, a move that has seen him differ with many leaders.

Recently, Buke opposed inclusion of Oduor Ong’wen and Judith Pareno in the three-member committee that was to make recommendations on a taskforce report.

He accused the two of being behind bungling of ODM nominations, arguing that they were unfit to sit in the special committee constituted by Raila. 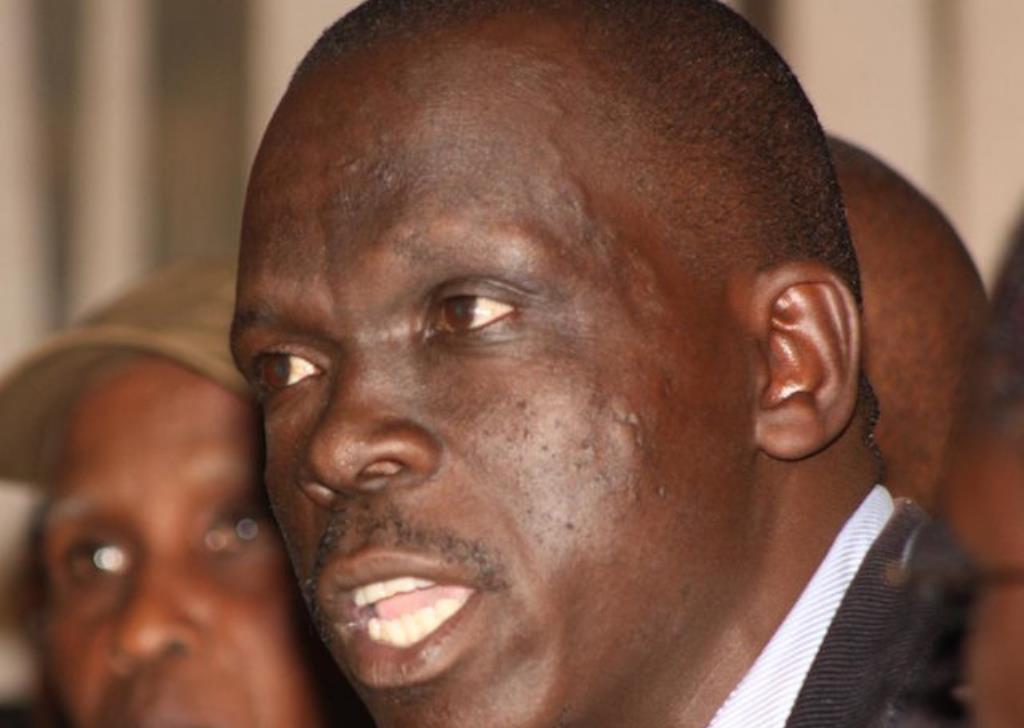 But even before the dust could settle, another fierce war erupted after Director of Communications Phillip Etale was accused of receiving sh2 million from ODM candidate Bernard Otieno Okoth to ensure he unjustifiably triumphs during the just concluded party nominations. 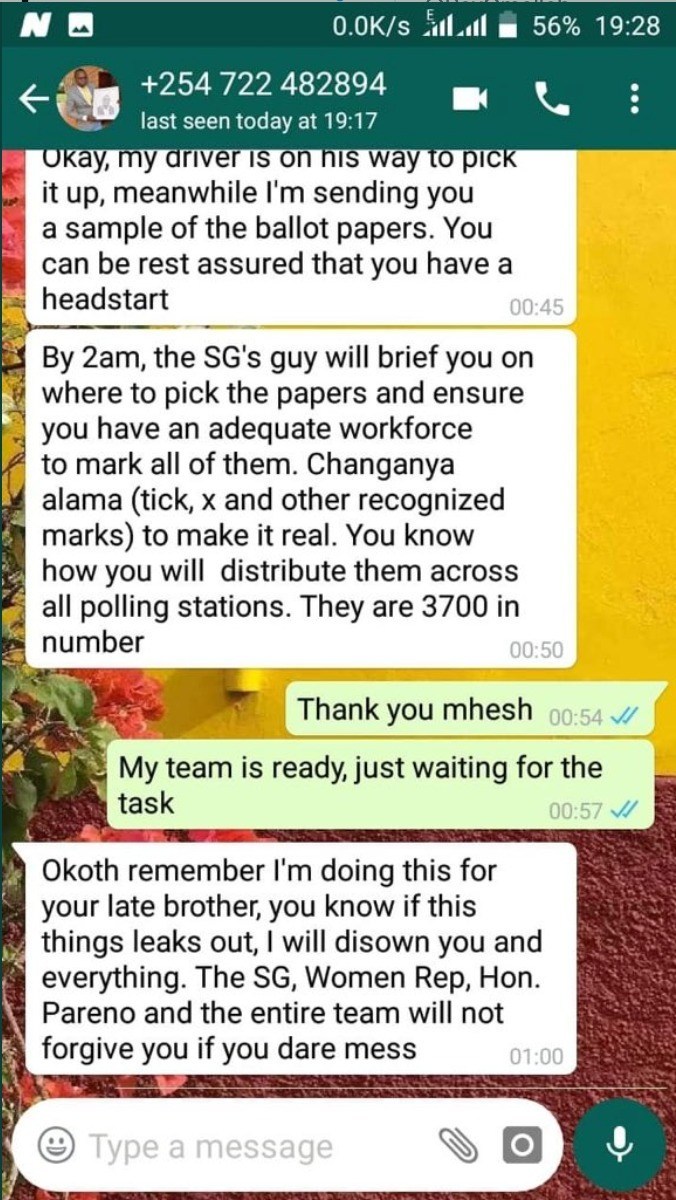 The vividly emotional Etale heaped blames on his perceived haters within the Orange House, hell bent to frustrate his stay at the party.

Etale threatened to quit ODM in the wake of allegations that was fueled by a WhatsApp screenshot went viral on social media, purportedly capturing his conversation with Okoth aka Imran.