The controversial coronation of William Ruto by Nandi elders appears to have given him the stamina to confront his detractors head-on, including Uhuru Kenyatta and Raila Odinga. However, Weekly Citizen has information to the effect that the current split in Talai elders has to do with millions of shillings the DP donated to manage the coronation. Indeed, days after the Talai elders of the Nandi community gave him their blessings to seek the country’s top seat, Ruto sent tongues wagging when he used a footage that aired back in 2012 from an episode on the Churchill Show to boldly state his plans for the 2022 elections. In the clip, Uhuru speaks on key issues pertaining to elections in Kenya, saying: “My friend let me tell you. My determination for this nation, for the coming election, is that we must bring this country together at whatever cost.” 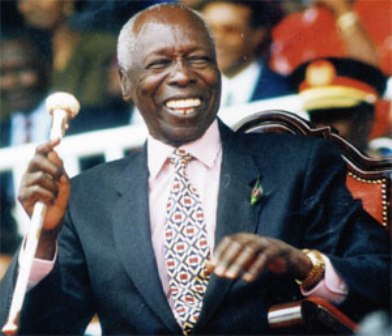 He points out that his plans are still based on that foundation and nothing, indirectly saying not even Uhuru or Raila, can change it. The footage came days after elders from the Talai offered him special blessings to clear his way to contest for the country’s top seat in 2022. The Talai elders are descendants of the legendary Nandi leader Koitalel Samoei, and offer blessings and direction to the community. But the coronation has sharply divided the elders and the Kalenjin community regarding who should carry the honorary title of a Talai elder and Kalenjin kingpin since in 2017 during the elections they accorded the title to Uhuru. The coronation saw the Talai elders make Ruto the Kalenjin community political kingpin by giving him the leadership baton. The deputy president was also covered with ‘Sambut’, special regalia similar to the one they gave former president Daniel Arap Moi and then powerful minister Nicholas Biwott.

Ruto joined numerous leaders from the Rift Valley and elsewhere who have been anointed as elders and adorned in a sambut (monkey skin gown) and a Columbus monkey skinhead gear by the Talai elders. They include Raila’s father, the late Jaramogi Oginga Odinga who was decorated in 1958. Uhuru’s father, Kenya’s first president Jomo Kenyatta received blessings from Orkoiyot Barsiriak Manyei who gave him a sambut at Uhuru Garden grounds during the 1963 independence celebrations. A former national assembly speaker, the late Jean-Marie Seroney was honoured in 1966 while Raila was honoured by elders in Keiyo ahead of the 2007 presidential election. In 2007 former president Mwai Kibaki was honoured by Koitalel Arap Samoei’s grandsons who decorated him with a sambut and its accompaniments at Nandi Hills. Former vice president Kalonzo Musyoka was handed a walking stick during a blessing by elders while Narc-Kenya leader Martha Karua was given the highest honour reserved for women, a beaded belt known locally as leketiet and a forehead strap. 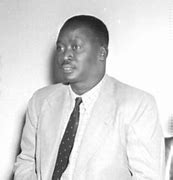 In Ruto’s case, the elders performed traditional rituals to remove bad omen which could spoil DP’s chances of succeeding Uhuru. But some elders have poked holes on the ceremony, saying it was done in secrecy, and further did not meet the threshold of a ceremony allowed for a person of the DP’s stature. While poking holes in the ceremony, Nandi Council of Elders leaders led by Christopher Meli, Isaac Rono, Christopher Koiyoki, Joseph Samoei and Taptengelei Tekengech argued such ceremonies are done during the day and hence the one carried out at night left a lot to be desired. The above were left out in the organization of the ceremony and are bitter. They said the ceremony was trivialized and individualized by a family in the name of Talai clan. Koiyoki who is the Talai Council of Elders vice-chairman accused their chairman Rev Canon James Baasi who organized Ruto’s coronation as doing so to gain monetary favours. Baasi was in charge of the money Ruto gave out.

He expressed shock that some of those who participated in the 2017 coronation of Uhuru were at the DP’s ceremony. But the enthronement has also widened the rift between Ruto and Baringo senator and Kanu chairman, Gideon Moi. Already, Ruto’s allied elders have asked Gideon not to antagonize the deputy president, saying the coronation made the DP the de facto leader of the Kalenjin community. Led by the Nandi elders’ spokesperson, Charles Tanui, they told Gideon the ceremony was long overdue and that the blessings from the family of Koitalel Samoei were timely. Tanui alongside Simon Cheruiyot and Shadrack Korir, among others, said their group endorsed the DP for the presidency in 2022. But what fuels the rift further was the failure by three Nandi MPs – Vincent Tuwei (Mosop), Alex Kosgey (Emgwen) and Alfred Keter (Nandi Hills) – to attend the coronation. The MPs are allied to Gideon.

The deputy president was accompanied by Nandi governor Stephen Sang, his Uasin Gishu counterpart Jackson Mandago, MPs Julius Melly ( Tinderet ), Cornelius Serem (Aldai) and Wilson Kogo (Chesumei). The coronation came at a time the DP is facing political uncertainty in the Jubilee Party engineered by the president. In changes made by the president, Ruto’s key allies such as Kipchumba Murkomen (ElgeyoMarakwet), Susan Kihika (Nakuru), Kithure Kindiki (Tharaka Nithi) and Benjamin Washiali (Mumias East) lost plum leadership positions. Others like majority leader in the national assembly Aden Duale face an uncertain future. To complicate matters, the Executive Order No 1 of 2020 downgraded and tucked the Deputy President’s office under the Executive Office of the President. In Rift Valley, Kanu and Chama cha Mashinani (CCM) have intensified their crusade to clip Ruto’s wings. Ruto is now facing Uhuru-RailaGideon-Isaac camp for the control of Rift Valley politics, and the whole country in general.
DP