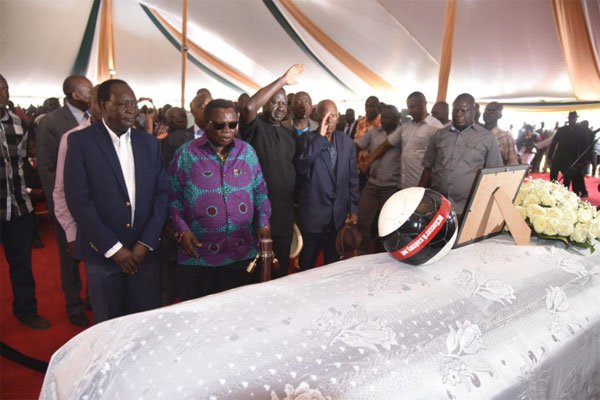 Deputy President William Ruto has skipped the burial service for late football legend Joe Kadenge contrary to earlier expectations that he would lead the government in the event. 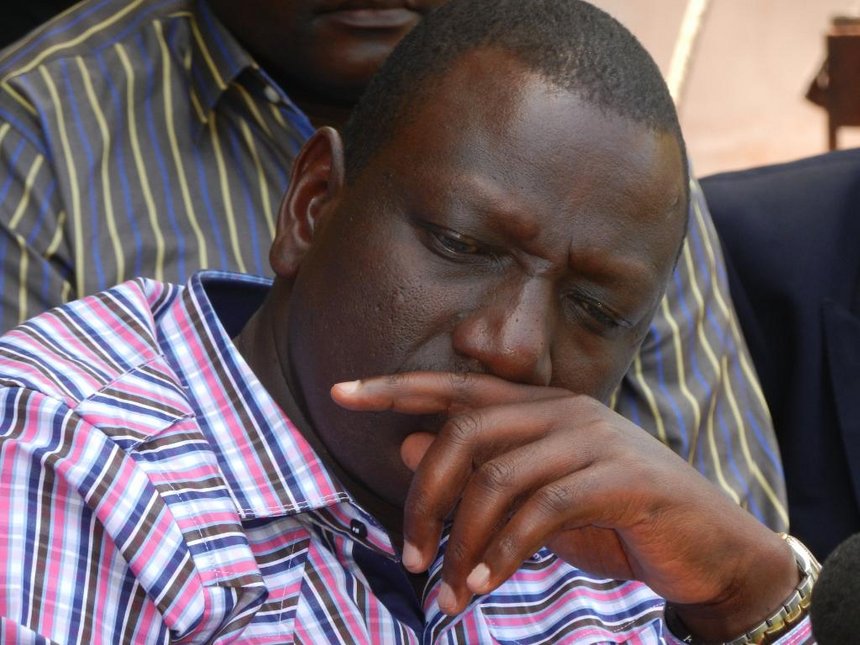 Opposition chiefs Raila Odinga, Musalia Mudavadi and worker’s union boss   Francis Atwoli are among the mourners gathered at Gisambai Primary School grounds in Soliani village where the service is underway.

Kadenge died on July 7 in Nairobi while undergoing treatment.

His body was flown to Kakamega from Nairobi on Thursday where the public were allowed to view before it was taken to his Vihiga home.

Kadenge commenced his football career as an attacking midfielder and second striker for the defunct Maragoli United, before crossing over to Abaluhya United (now referred to as AFC Leopards) in 1996.

He is remembered for his silky skills, deft touches and mazy runs at the centre of the pitch and would soon be associated by the popular phrase ‘Kadenge na Mpira’ courtesy of renowned broadcaster Leonard Mambo Mbotela.