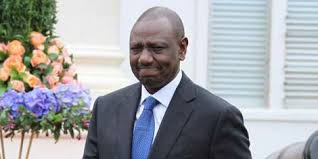 When William Ruto visited Coast region in the beginning of September, he was shocked how the political terrain had changed with most of his former allies nowhere to be seen.

Ruto was particularly shocked when he arrived at Malindi airport from Tana River county and found no single Coastal leader waiting for him. He retreated to Dreams of Africa Resort for the night and began a series of public rallies the next day but still majority of MPs and governors gave his events a wide berth.

Unlike earlier tours when the DP would be accompanied by a host of MPs and other leaders falling over themselves competing to declare allegiance as he criss-crossed the region launching projects, his last month visit was disappointingly low keyed.

And even an event in Rabai constituency in which women were shown on media to have turned in large numbers wearing URP colours, sources say millions of shillings was spent to mobilise and transport them to the venue.

After the function, and pictures having already been taken and posted, the women were abandoned and had to walk several kilometres back home cursing organisers for misusing them.

And back in Malindi, the DP was informed that since he had decided to make Aisha Jumwa, the Malindi MP his most trusted ally in Coast politics, the likes of Gedion Mung’aro, the Lands chief administrative secretary who is highly respected and his allies had taken off and decided to look elsewhere for political accommodation. 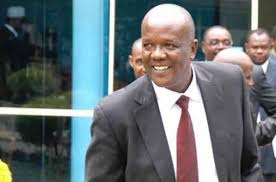 Sources say, the DP was bitter that Mung’aro had abandoned him yet he was reportedly the one who was instrumental in having him appointed CAS. But Ruto is supporting Jumwa for Kilifi governorship and it is not clear what role he wants Mung’aro to play. Mung’aro on the other hand is also eying the Kilifi governor seat.

And recently, Ruto is said to have summoned Mung’aro to his Karen office for a meeting. And even though it was not clear what was discussed, sources say Jumwa on getting wind of the meeting through her spies she has planted among DP’s employees hit the roof and threatened to ditch tanga tanga wing.

It is said her photograph last week with Raila Odinga and ODM members of parliament was meant to send a signal to Ruto that she was still loved and wanted by her party and that any mistreatment would see her trooping back to the ODM leader’s arms. 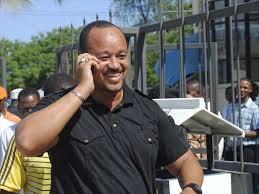 In Ruto’s Coast tours, it is only Lunga Lunga’s Khatib Mwashetani who stuck by him. But Mwashetani is himself double dealing politically between the DP and Mombasa governor Hassan Joho. The Lunga Lunga legislator is getting financial backing from Joho to counter Kwale governor Salim Mvurya whom he wants to take over from in 2022.

Mvurya has himself deserted the DP because of Mwashetani. He blames Ruto for financing the Lunga Lunga MP to destabilise his county administration. In neighbouring Taita Taveta county, Governor Granton Samboja told off the DP for meddling in a dispute between him and MCAs.

There are those who say the absence of the ODM MPs in Ruto Coast visit was as a result of problems Jumwa and Suleiman of Msambweni went through when the party decided to discipline them. However, others claim the hustler no longer gives out huge sums of money in form of handouts as he used to do before.