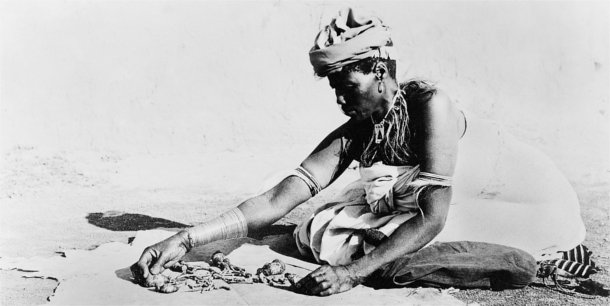 There was drama at Mwingi Police Station as a middle aged woman was compelled to perform a reverse spell on a child she had been accused of bewitching over non-payment of wages by the mother.

The police had rescued the house girl from being lynched by irate villagers who bayed for her blood in Madaraka estate of Mwingi Township.

According to area village elder, Florence Munanie Kaka, a villager reported to her that a woman was being lynched and upon reaching the scene she found the villagers had stripped her.

“The child’s belly was swollen and was also naked ready for the reverse spell exercise to be performed as huge gathering of villagers threatened to lynch the house girl if she declined to perform the exercise,”according to the village elder .

Florence immediately called police who rushed to the scene and picked the woman, child and her mother as the villagers trailed them to the police station.

Upon reaching the police station the woman admitted to have bewitched the child and pleaded with the security officers to forgive her.

In  reversing her spell, the woman made some incantation in an indecipherable language with her eyes wide open and eye balls rolling like those of a bicycle in motion where upon the previously inflated stomach of the lad deflated at once like a punctured ball.

“She removed several charms from the child belly including beans, seven seeds of maize, and a string of a sack” said the village elder who witnessed the reverse spell exercise at the police station.

The house girl who hails from Mulangoni location in Tseikuru Sub County said she administered the charms to the child because her mother had failed to pay her salary amounting to Sh.650.

The child and her mother were released and the woman is being held at the police station.

Fears Wetangula to be arrested at JKIA on arrival from China