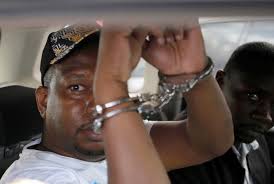 As your favorite Weeklycitizen once reported Governor Sonko was a marked man by the EACC and DPP offices, it came to pass yesterday. 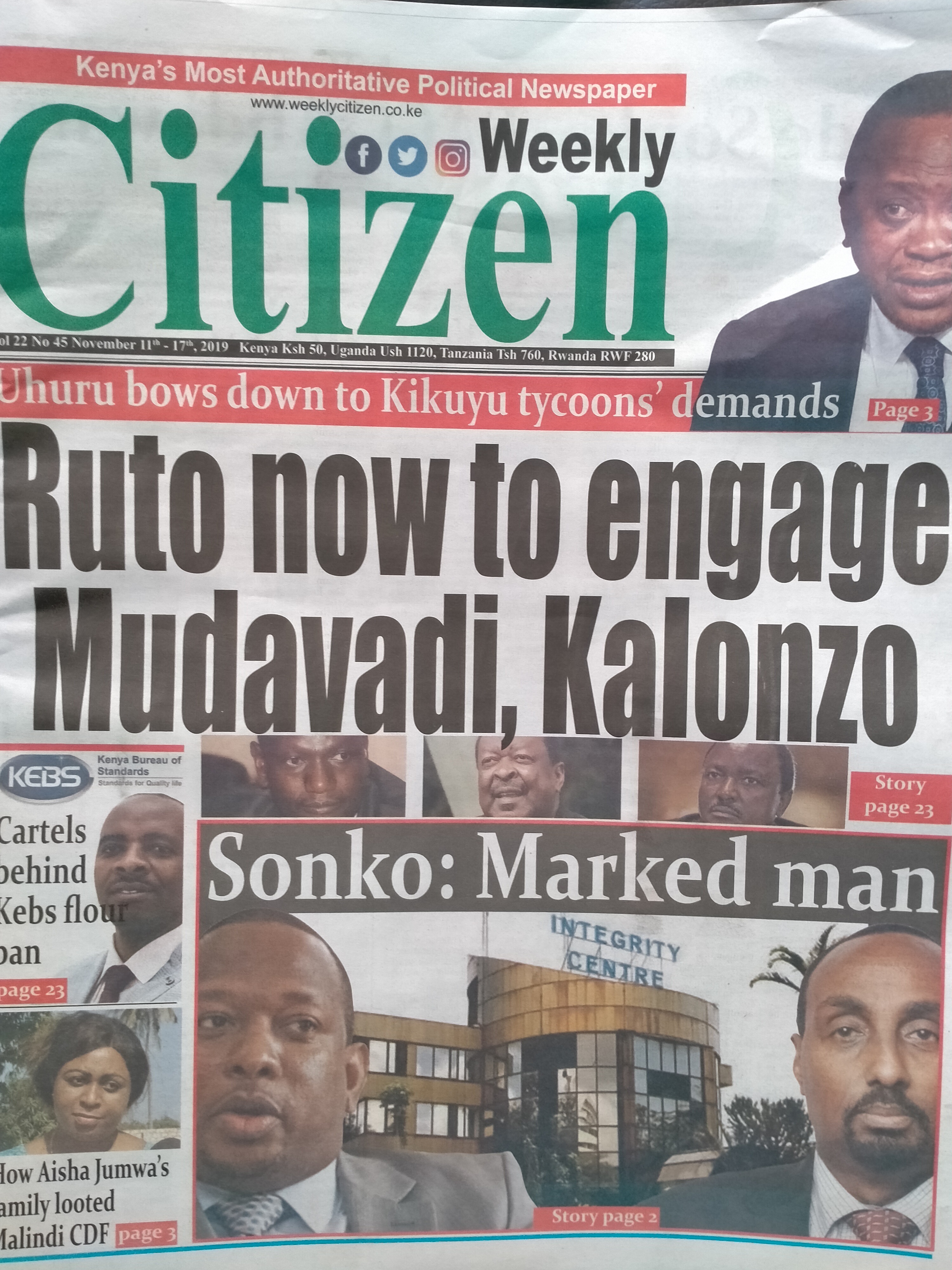 Governor Mike Sonko came face to face with sleuths who were on his heels as he tried to escape arrest order issued by the DPP Nordin Haji.

Its believed Sonko having Knowledge of the impending arrest took SGR train to Mombasa to his home in Kanamai Kilifi county.

However he was cornered at Ndara road block when his two car convoy were flagged down near Maungu on the Nairobi-Mombasa highway and dragged out screaming and panting.

He couldnt believe his  eyes as contigent of armed GSU and regular police officers dragged him and bundled him in police car as he and about four of his plain cloth bodyguards desperately fought back.

This is after detectives had raided his houses in Nairobi and missed him prompting them to start manhunt as they knew he was fleeing.

During his arrest Sonko beat up anyone he could lay his hands on both at the road block, airstrip and Voi police station.

Police and Intelligence officers laid traps at the Governors residence in Kanamai and Vipingo , Mtopanga and hotels he frequents. His rural home in Shimba hills was not left out.

Border posts Lunga, Kwale county and Taveta, Taita taveta county were put on high alert in order to make sure the Governor is arrested.

When he was taken to Voi police station, there were close to 100 riot and GSU officers indicating how his arrest was well coordinated.

He was later taken to Ikanga airstrip where more drama was witnessed as he screamed desperately trying to refuse to board a helicopter.

He yelled and even its believed he might have abused one blue uniformed officer badly that were it not for other officers held him back, he could have punched Sonko seriously.

The overpowered Sonko profusely sweating and his shirt torn was bundled in the helicopter and airlifted to Nairobi.

Sources have intimated to weeklycitizen that his arrest took the DPP and EACC officers to a great deal of task and a lot of sweat as it was believed information was leaking.