A former Local Government assistant minister has thrown his weight behind those seeking for constitutional change through a referendum. Hashim Fumo has called on coastal residents to support calls for change of the 2010 constitution ahead of the 2022 general elections.
He urged all coast leaders to support the proposed referendum to scrap the presidential system before the 2022 polls. Hashim said the change will end election disputes which result in chaos and deaths after every general election.
The former assistant minister reiterated that he has always been against the presidential system of government.
Hashim told coastal residents that what they should seek for is a constitutional change from the presidential system of governance to a parliamentary system which he said would be more transparent and accommodative.
The former Lamu county speaker asked the region’s leadership to come out in the open to support a referendum for change of the constitution from the current presidential to a parliamentary system. 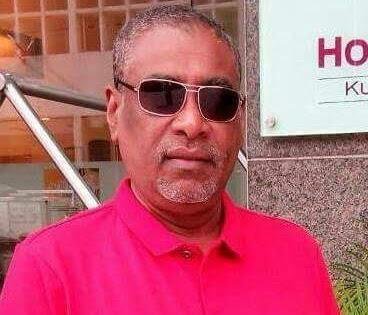 Hashim argued the constitutional change through a referendum will ensure minority and marginalised groups can have a voice in succeeding governments.
He insisted all the 47 counties ought to remain as the third tier of government and distribution of resources should be decentralised. “The change will ensure there is fairness specifically to the marginalised areas,” he pointed out.
The former county speaker said in his statement the distribution of functions of the three tier system of government will ensure the government is responsible for national security,
Hashim said the government will also be responsible for Foreign Affairs, Defence and significant national projects, economical policies, taxation among others.
The regional government should be coordinating, supervising and consulting with the government and county governments.
He added the county governments should retain the current responsibilities under a new proposed constitution where a president should be elected by universal suffrage.
“The deputy president and the prime minister and his deputy should come from the majority party or coalition of parties,” he pointed out. Hashim said the structure of the executive shall be the president and his or her deputy, prime minister and the deputy and ministers who should be members of parliament.