The parliamentary departmental committee on agriculture finds itself in the eye of a storm of cartels at Kenya Tea Development Agency said to be spending millions of shillings to scuttle the tea Bill before parliament that comes for final reading and amendment. 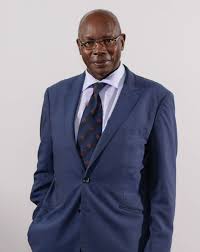 The Bill was adopted from a report on tea regulations submitted to parliament by cabinet secretary Peter Munya. The shenanigans have left the 18 members of the committee divided down the line. It is said that not all members, particularly those who have been vocal against KTDA, got the money which is to be used in a bigger scheme of pocketing MPs before the Bill is passed and sent to the president for accent. The late Matungu MP Julius Murunga who succumbed to Covid-19 was a member of the committee. 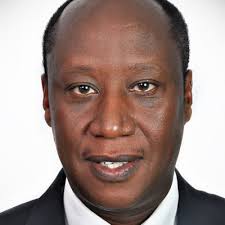 The committee members are Silas Tiren (chairman), Catherine Warungu (vice-chairperson), Geoffrey Odanga, Brighton Yegon, Gabriel Muhuha, Maison Lashomo, Martin Owino, John Kinuthia, Adan Yussuf, Francis Waititu, Janet Sitienei, Julius Kibiwott, Simba Arati, Joyce Kamene, Ferdinand Wanyonyi, Cecily Mbarire and Jude Njomo. Meantime, all eyes are this week set on the judiciary as the High Court makes another landmark judgment in another of the many tens of litigations against the troubled KTDA. But observers in the tea sector are left tongue-tied as to what is this KTDA supremacy over the executive, legislature and judiciary is all about. 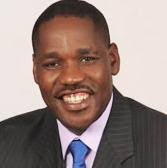 KTDA is mandated to look at about 700,000 smallholder tea farmers, but its management is holding onto office at all costs since the agency was established in 2000. What has confounded all and sundry is that even Uhuru Kenyatta and Raila Odinga have called for the overhauling of KTDA but the team led by chief executive Lorianka Tiampati and company secretary John Omanga, have stayed put. This is despite even being convicted and fined for contempt of court. The fight against Munya regulations meant to reform the tea sector and introduce vast ways of management of the segment and the need for a forensic audit of KTDA books has been vicious and loaded with cash. 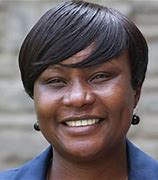 KTDA directors wine and dine with governors and senators. A section of tea farmers support the regulatory measures and say they must be adopted and all cases by KTDA withdrawn yet no one seems to care. Kiru Tea Factory in Murang’a county has dozens of cases dragging in court but nothing appears to matter to KTDA. When the former cabinet secretary for Agriculture Mwangi Kiunjuri was at the helm, the cartels used him to frustrate government machinery to an extent that they hosted him in the USA. Kiunjuri was soon kicked out and Munya’s tours of duty began.

Munya has been a thorn in KTDA’s flesh as political fights bring in Munya’s nemesis Governor Kiraitu Murungi who roped in his colleagues among them Governor Muthomi Njuki and senators led by Peter Ndwiga. Records in the senate and national assembly indicate that committees of agriculture and delegated legislations were on an all-expenses-paid sojourn in Mombasa recently to deliberate reforms in the tea sector. Those who followed the tea debate at first and second readings in parliament will agree that MPs had no nice words and time for KTDA.

And now farmers are wondering what might have happened in the last few weeks for lawmakers to vehemently resist reforms while they are alive to pathetic and painful sufferings of tea farmers. The KTDA chairman Peter Kanyago meanwhile continues to drop names of the first family saying that the president’s uncle George Muhoho is on their side and is interceding for them. “Mr. President, the country is first, stand firm and tell off your uncle. Let CS Munya even withdraw the KTDA licence. How can KTDA disgrace the government by even taking its CS to court yet practice with the licence issued by the same government?” a tea farmer who did not want to be named posed.