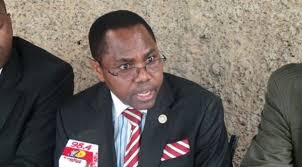 Mwingi Central MP Gideon Mulyungi is facing hard times in the constituency politics after he failed to reconcile with his father Mulyungi Kithonga. It is said he assaulted his father way back in 2004, an incident that has haunted him.
During the last election campaigns where the MP emerged the winner by defeating Joe Mutambu, the MP sweet-talked his father against going public over the matter to avoid a backlash from voters.
The MP won his seat courtesy of his closeness with Wiper leader Kalonzo Musyoka but his style of leadership is worrying residents across the constituency with majority of them dismissing him as a one-term legislator.
He was also in the spotlight after he accused his younger brother Joseph Mulyungi of having allegedly stolen bursary cheques from the CDF office. According to the brother, he was not an employee of the CDF and he was being punished for standing firm with his father over a family matter where the MP had interests. 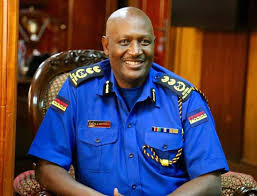 The MP is said to be using his influence and wealth to harass his siblings in front of his parents. On his part, the MP has dismissed the allegations and termed them as propaganda spearheaded by his opponents whom he defeated during 2017 elections.
He has blamed his woes on former LSK chairman Eric Mutua whom he said has pocketed his immediate family in an attempt to tarnish his name. During the last elections, his two brothers were in the camp of the city lawyer and traversed the constituency discrediting Mulyungi. At one time, one of the brothers narrated to the audience how his brother is unhelpful to the family.
During the Wiper 2017 nominations, while contesting against Mutua, the MP deployed goons using his resources who caused mayhem in the larger Mwingi Central to an extent of beating those opposed to his candidature.
The primaries were marred by chaos and voter intimidation forcing Mutua to go to court for an order of repeat of the exercise. The court in Mwingi ordered for a repeat of the primaries but this time, Mulyungi prevailed on Kalonzo to be handed over the certificate on condition that he was financing the party.
Upon winning the seat, the MP declared war on Governor Charity Ngilu accusing her of sidelining Mwingi in resource allocation.
His family life is shrouded in a mystery. His first wife died followed by his child. Mulyungi remained single until when he married aTV presenter Doreen Gatwiri but the union did not last a year after he started assaulting her. The wife at one time reported the matter at Hardy Police Station in Karen where the MP was locked in for two days and later arraigned in court. The relationship ended after the lady walked out the marriage.
The current family feuds have dented Mulyungi’s career especially now that he has declared interest for the Kitui governor’s seat come 2022 with other competitors already dismissing his candidature.
Already, former MP Mutambu has expressed interest of coming back to reclaim the seat he lost by going against the popular party in the region. He has of late reconciled with Kalonzo who was his political mentor before defecting to Jubilee where he lost to incumbent Mulyungi. Mulyungi is the second MP to represent the constituency that was hived off from Mwingi North and Mwingi South constituencies in 2010.
Previous
National
Read more