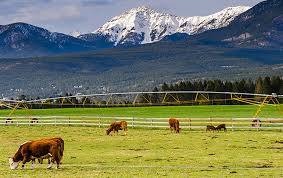 A protracted battle has emerged between directors of Ndewa Holdings Limited and a director of Jondarshajam Land Agents, Ndumia Ndirangu, over non remittance of Sh115 million agreed commission to the land agents.
Before the sale of LR 8033/325/Mutamaiyu Scheme, the 1,000 acre land was part of 30,000 acres ranch owned by the family of departed Kieni MP Munene Kairu. The land is now under the deceased’s wife Wangechi Kairu. The land was sold by the late Kieni MP in 1992 to Ndewa Land Buying Company whose directors by then were late CID director Ignatius Nderi and his late step brother who was a former Nyeri town mayor Sylvester Nderi while the current directors of Ndewa Land Buying Company are Wang’ondu Nduhiu and Wilson Ndirangu.
The two directors gave the land agents authority to sell the property to the willing buyer at a reserve price of Sh150,000 per acre. The sale agreement between Ndewa Land Buying Company and Jondarshajam land dealers was drawn before Kamau Minjire Advocates.
The land was sold to Jersey Developers. The land dealer’s commission includes legal fees and other expenses like paid up advertisements. Sources intimate that the directors of Ndewa Land Buying Company have declined to answer any calls from the directors of Jondarshajam Land Dealers and have become totally been elusive to date, several months after the sale of land was concluded

Nyeri Referral Hospital in ICU itself