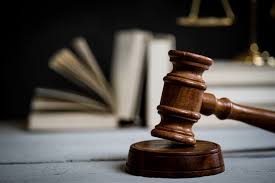 The operations of Naivasha municipality board hangs in the balance after the High Court suspended it until a petition challenging its legality is determined.
The board had elected Sam Weru from residents association as chairman with Peninah Muigai from LSK as the deputy. 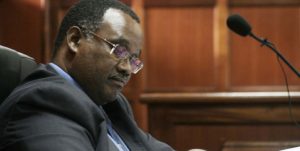 Many are now blaming the Nakuru county legal team for the fisco. Judge Richard Mwongo noted with concern the failure by the county government to send a representative to the court and directed the county to file their response to the petitioners within 10 days and their submission to the court within seven days.
George Kimani representing the petitioners had argued that if allowed to operate, the board would be acting against the wishes of Naivasha residents.
He told the court that the board had wide powers and a big budget, noting that the law was not followed in electing the board officials and they were thus in office illegally.
The petition is filed by Eskimos Kobia, Lucas Kiratu and Haki Jamii Rights Centre. They argue that the vetting of the board was unconstitutional and out of the law.
They argued that Nakuru county government and its agents engaged in unlawful process of nominating and vetting the board members.
The petitioners noted that the selected nominees lacked basic requirements like permanent residents and educational requirements to sit on the board.
“The entire process is prejudicial, embarrassing and an impunity to the residents of Naivasha subcounty and by extension, to Nakuru county,” reads the petition.
In an affidavit sworn by Kobia, he states that he has information to prove that some of the nominees did not have a degree as required by law for anyone intending to serve as a board member.
Kobia added that one of the appointees did not have a functional business in Naivasha as per the set requirements.
“Some alleged nominating bodies of affiliate organisation are no-existent in Naivasha region and thus lack capacity to nominate any individual,” he said in the affidavit.
The case will come up for hearing on July 9, this year.