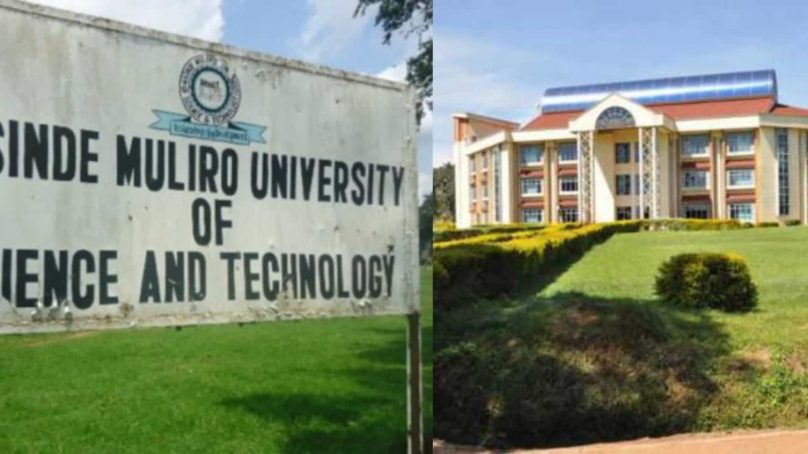 The pull and push that of late has characterised the relationship between former vice chancellor Fredrick Otieno and chairman of council of Masinde Muliro University of Science and Technology Jeremy Bundi for nearly one year appear headed to a nasty ending.
The ugly scenario appears to have been ignited by a letter from the council dated August 15 2018,
conveying its decision that it will not recommend to Education ministry renewal of Prof Otieno’s second term of contract. This may be one reason several litigations are in court, all seemingly to ensure Otieno is given a second
term. 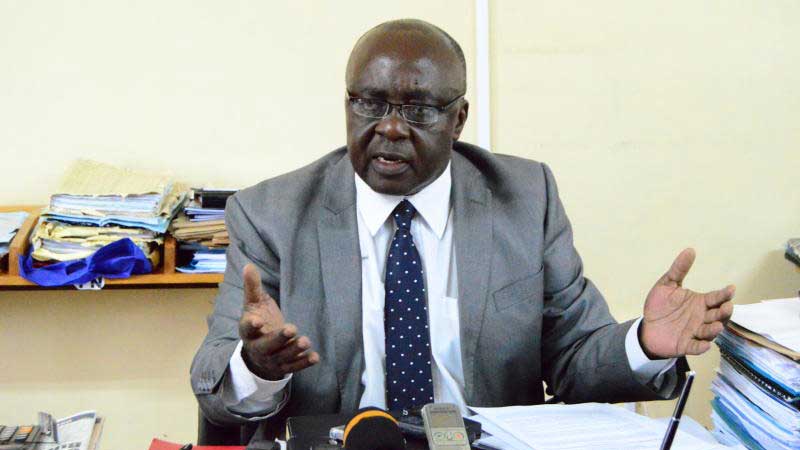 The council had at that time informed Education cabinet minister, “The university council considered Prof Fredrick Otieno’s contract term evaluation report carried out under the guidance of SCAC, other incidental occurrences, observations, reports emanating from the university pertaining to
issues concerning the VC, disjointed top management relations in the university of not working as a team, the ongoing serious matters being investigated on Prof Otieno by Ethics and Anti-Corruption Commission, the current national mood on corruption; and resolved that the contract of Prof Fredrick Otieno not to be renewed”.
At the same time, reports that now activist Okiya Omutatah has moved to court armed with petition, No 206/2019, to allegedly rescue Otieno from his limbo complicates the matter. The petition is questioning among other things, Otieno’s rights allegedly being trampled upon and failure by the Public Service Commission to put in place an independent process for recruiting Mmust vice chancellor.
Omutatah argues that PSC was required to carry out an independent, competitive recruitment process for the vice chancellor and only advise council and Education ministry of the outcome, but that PSC had instead included two members of council on the interview panel thereby fatally undermining its ability to participate in objective consultation with the cabinet secretary before appointing the vice chancellor.
Omutatah has hinged the petition upon various articles of the Kenya constitution, sections of the universities Act 2012 as well as what he is referring to as the “Doctrine of Legitimate Expectation”. He has prayed to court to immediately ventilate the position he has taken and thereafter issue the orders sought to avoid any damage or harm.
Meanwhile, a court in Nairobi has dismissed a case filed by Otieno, in which he had sought to have the PSC, Education cabinet minister, Masinde Mmust and Bundi restrained from conducting any competitive recruitment process, or appointing howsoever any person in the position Mmust vice chancellor.
Judge Radido Stephen who also ordered that Otieno meets costs of the suit, said in his ruling the Otieno had not satisfied the test for the grant of the interim reliefs he sought in the motion. He said although Otieno had contended that he had a legitimate expectation of his contract being renewed for a further five years, granting an earlier order sought for was tantamount to reinstating Otieno to a terminated contractual relationship at an interlocutory stage.
“The court has also noted that the applicant came to court to challenge a decision taken over nine months earlier and only after he had participated in the process to recruit his replacement. There was no cogent reason given why the courtwas not approached earlier. The delay was, in the view of the court, inordinate,” the judge said.
A judge in Nairobi has stopped PSC from recruiting a substantive vice chancellor of Mmust. Justice Byrum Ongaya had ordered that the recruitment process be stopped with immediate effect until the case filed by Omutatah is heard and determined.
It is not known, however, whether the parties in the Omutatah petition converged on the court, agreed on the date when they should make their submissions in readiness for interparty hearing before Judge Ongaya.
Back to Otieno’s case which the judge dismissed, he had noted that the applicant was in a contractual relationship with MMUST and that he contended that he had a legitimate expectation that his contract would be renewed for a further five years.
He observed that the applicant did not sufficiently explain why he decided to challenge his termination after deciding to participate in the recruitment process and only two days after he was set to appear before the recruitment commission for an interview.
The judge observed that Otieno moved to court to challenge the process to recruit his successor, an exercise he claimed had violated Section 35 of the universities Act, 2012, since the mandate was reposed in the cabinet secretary after recommendation by council.
He also said Otieno had insisted that he had met the conditions in his contract including satisfactory performance creating a legitimate expectation of renewal, which council declined to do.
But the judge said the court could not grant an order staying the letter in which council had informed Education ministry that his contract would not be renewed because this would have been tantamount to reinstating the former vice chancellor to a terminated contractual relationship at an interlocutory stage.
It was the judge’s observation that from what had emerged in court, the former Mmust vice chancellor had never been appointed as professor of civil and structural engineering and that if there was such appointment it was fraudulent. He further observed that from what emerged in court, the renewal of Otieno’s contract as vice chancellor was not automatic.
The judge noted that from what had emerged in court, the amendment to the universities Act which came into force on January 18 2019, granted the public service commission a role in the recruitment of vice chancellors of public universities and that Otieno applied, shortlisted for the position of vice chancellor, hence could not turn round and purport the process was unlawful and in so moving to court was an afterthought.
“In the final result, the court comes to the conclusion that the applicant has not satisfied the test for the grant of interim reliefs sought in the motion under discussion,” the judge said adding that Otieno’s contract renewal as vice chancellor was not automatic.