A new political wind is blowing in Baringo county assembly following the swearing-in ceremony of newly elected deputy speaker, Jacob Cheboiwo. Cheboiwo was elected to replace former deputy speaker, Ameja Zelemoi, who was impeached on March 17 2020 due to abuse of office and leadership wrangles pivoting around the 2022 succession politics. The newly-elected deputy speaker from Jubilee party who is the MCA for Kisanana ward in Mogotio sub-county was cleared by Kabarnet High Court in a case challenging the ouster of the Kanu sponsored MCA for Churo Amaiya ward in Tiaty sub-county.

Kabarnet MCA Ernest Kibet who was among the supporters of the immediate former deputy speaker called for unity among members of the house saying it was high time for the house to set aside political affiliations and focus on a common course of serving the electorate. Kibet cautioned the newly sworn-in deputy speaker against taking sides while undertaking his new duty as the deputy speaker saying any mistake he makes, shall expose him to impeachment the same as his predecessor. 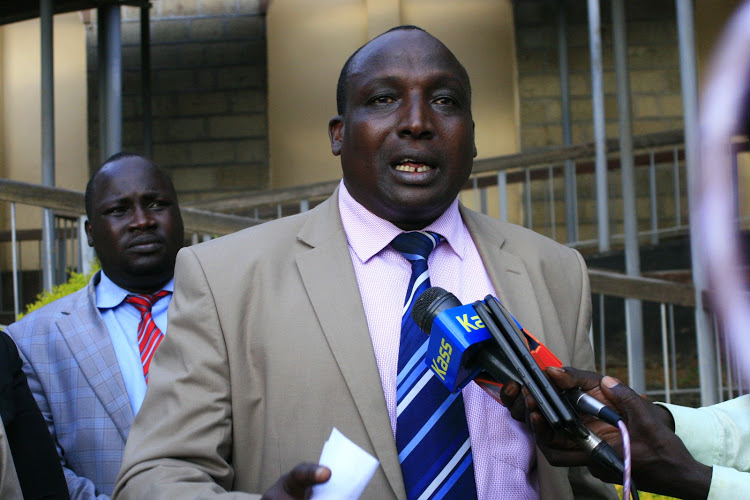 Majority chief whip who is also the MCA for Bartabwa ward Reuben Chepsongol asked the leader of majority to convene a committee meeting whereby they will identify a new role to be given to the ousted deputy speaker as a demonstration of brotherhood. Majority leader Lawi Kipchumba who sponsored the impeachment motion congratulated the speaker and the clerk for tolerating the storm witnessed inside the assembly on March 17, whereby they became impartial when the motion was discussed on the floor of the house. Minority leader Sam Lokales praised the new deputy speaker saying that he was a good leader who knows how to relate with everybody in the house.

Marigat ward MCA Nixon Lemlem expressed optimism that with the new deputy speaker, the leadership row in the county assembly shall end and they will begin working harmoniously. Barwessa MCA Richard Kirono praised the new deputy speaker saying being a senior most having been in the elective seat for the third time, he has great confidence in his leadership. Cheboiwo during his maiden address thanked every member for supporting divergent opinions saying his election was a confirmation that they have entrusted him with the responsibility of being their leader.