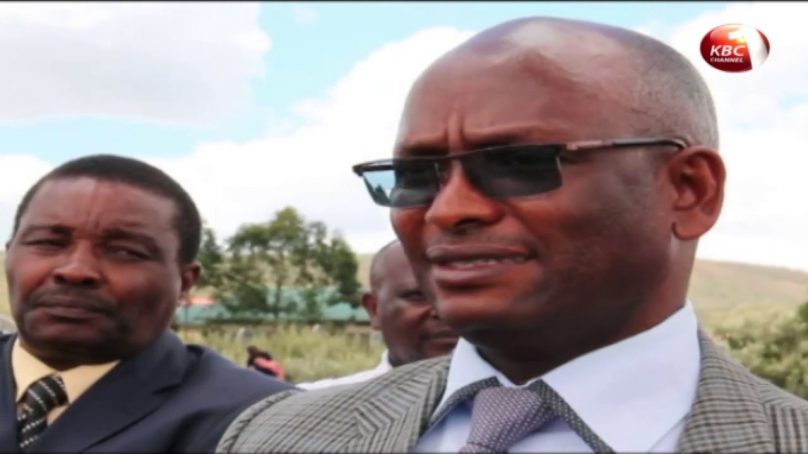 Nakuru county commissioner Erastus Mwenda has ordered the arrest of squatters on land set aside for construction of public projects.
Mwenda expressed concern that an increasing number of squatters usually led by a “headman” have resorted to invading state or privately owned land in the region earmarked for projects such as dams, roads, factories and power generating plants with the aim of being compensated by the National Land Commission.
The administrator spoke when the Nakuru county development implementation coordination committee which he chairs, issued a seven-day quit notice to 47 families that are living on the geothermal exploration fields belonging to the Centum-owned renewable energy company, Akiira in Naivasha.
The squatters some in the 40s who say they were born there have resorted to seeking court orders and enlisting lobby groups in moves aimed at restraining implementers of mega projects from developing invaded land.
The Akiira Geothermal Limited spokesman Anthony Kahindi said the invasions were frustrating the firm’s exploratory drilling near the geothermal-rich Olkaria as it seeks to develop its 70-megawatt project in Naivasha.
The power project based in Akiira in Naivasha is the first phase of the development of a 140-megawatt geothermal plant.
The Centum subsidiary signed a power purchase agreement with Kenya Power in August 2015.
It completed drilling two exploration wells and proved the existence of the geothermal resource in December 2015.
European Investment Bank cancelled a Sh19.5 billion loan offer to Akiira Geothermal Limited over viability and environmental concerns raised by lobbies.
Akiira Geothermal’s shareholders include Mvuke Power Ltd (owned by Centum Investment Company), Marine Power Generation Ltd, DI Frontier Energy Carbon Fund (a Danish Power Fund) and Ram Energy Inc.