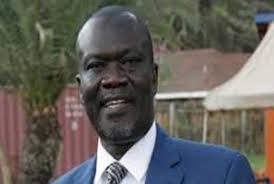 There are ghost workers on the payroll of Siaya county government, this is according to Township MCA James Otare. The ghost workers enjoy part of more than 70pc allocated on salary, yet some of the employees are non-existent or have no tasks to perform leaving behind only 30pc of its revenue for development. The county governor is headed by Cornell Rasanga.
The assembly member on the other had allayed fears that money allocated to wards will be reduced from Sh35 million to Sh10 million annually.

He said that the assembly recently passed a law that will compel the executive to allocate not less than 35pc of development allocation to all the 30 wards in the county.
Otare said that MCAs will not tire until they see to it that the public get service and will not be used to take selfish people to power.
Otare who was elected on an independent ticket at the county headquarters ward, faulted the 2019/2020 Siaya county proposed budget, terming it bogus and not fit for the public.
He warned the executive wing of the county to stop taking wananchi for a ride and allocate adequate resources to flagship projects that will change their lives.