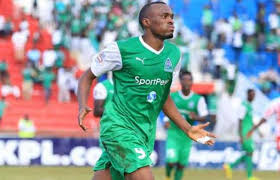 Rwandan striker Jacques Tuyisenge is likely bid farewell  Gor Mahia at the end of this season if they accept the luring Sh15 million bid tabled by Petro Atletico and  also committed to paying 20 percent of proceeds from any future sales of the player.

Tusiysenge arrived has so far scored seven goals for K’ogalo which makes him third best scorer for the club this season behind Nicholas Kipkirui and Samuel Onyango.
Petro Atletico played K’Ogalo in the Caf Confederation Cup group stage this season, and must have seen his outstanding performance then that would make them bid such amount of money to lure Tuyisenge to the Angolan 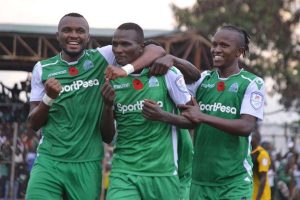 The  club management has unanimously chosen to remain quiet regarding Tuyisenge’s transfer until the end of the campaign.

However sources close to the club have revealed to your favorite weeklycitizen that the executive committee is divided. Some members are ready to taket the offer  as they feel this is the opportune moment and they may never have another chance like this and others feel their star striker Tuyisenge is worth more than 15 million shillings.

Tuyisenge joined the club in 2016 from Rwandan side Police FC, and has endeared himself to the club’s fans with his performances and demeanour on and off the pitch.

Other clubs eyeing the striker’s signature include  Tanzanian giants Simba and Congolese AS Vita.