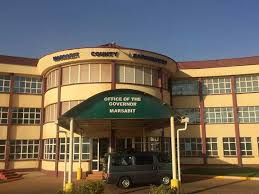 Marsabit county government has moved with speed and responded to a debtor to avoid being prosecuted and evicted over rent arrears amounting to Sh900, 000 for the governor’s residence.
The businessman has threatened to evict Governor Muhamud Ali from his property.
Yabi Construction Company had issued a press statement indicating its intention to haul the devolved unit to court over nonpayment of Sh2.2 million dues contracted house rent. 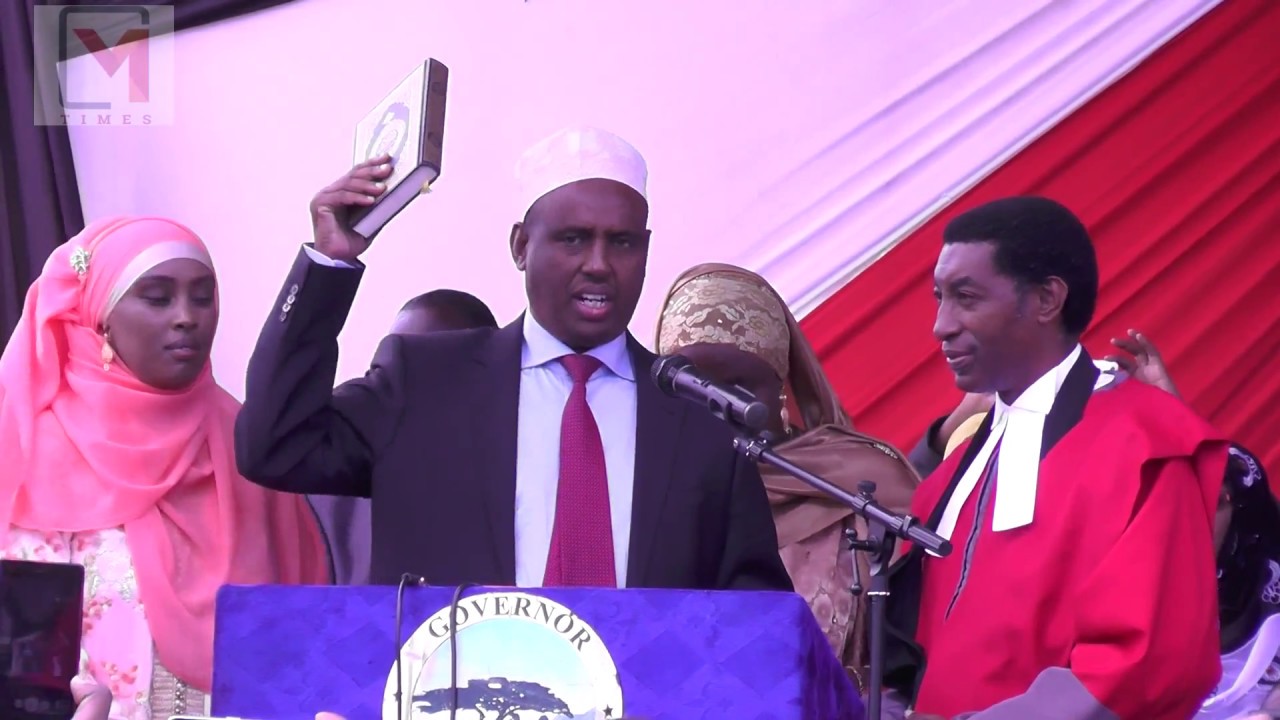 Marsabit Governor Muhamad Ali during his swearing in

A Marsabit town businessman Soke Ote said the county administration rented a residential house for the governor but had failed to honour the agreement by defaulting on payment.
In a letter dated October 22 2019 addressed to the county secretary and copied to his law firm, the landlord said the house was rented out to the county government on a 12 months’ lease term.
“The county government has not paid me for occupying my property for the past nine months besides processing Sh1.1 million and depositing the money in an account belonging to Daasanach Construction Company limited which I am not a shareholder,” he said.
He claimed that a chief officer in the county government who happened to be a director of the company could have influenced the diversion of the payment.
Ote said he had instructed his lawyers, Makori Omboga to institute legal proceedings against the county government to enable him recover his money within the next 15 days.
“My property is let out to the said county government for business. It is not donated as charity to them,” he said adding that the other party has also not been paying electricity and water bills as provided for in the agreement.
Ote expressed concern over conspiracies by the client to handle the matter informally through proxies instead of doing it through his firm, Yabi Construction Company limited as per the agreement.
Gambare revealed that the landlord was at the beginning paid Sh700,000 in cash upon which the county government reminded him to adhere to the agreement where official procedures were the terms.
According to the spokesperson who was accompanied by his deputy Somo Dokata, the client was advised to ensure his company was Ifmis compliant as per the government procurement procedures which he was however yet to do to date.
“This was to ensure no transactions were done informally as such kind of business would deny the government the much needed revenue,” said Gambare, adding that the client was supposed to remit Sh15,000 to the Kenya Revenue Authority from the Sh100,000 monthly rental fee.
The spokesperson revealed that the client wanted the county government to shoulder the burden by revising the monthly rent upwards by Sh20,000 which was declined.
Gambare said the ceiling by the Salaries and Remuneration Commission for governors on residential expenditure is Sh100, 000 that the county government could not bend.
Documents obtained from the Registrar of Companies by Ote indicate that the said chief officer applied to cease being a director of Daasanach Construction Company on February 9 2018 and consequently transferred 100 shares that she possessed at the firm to another entity.