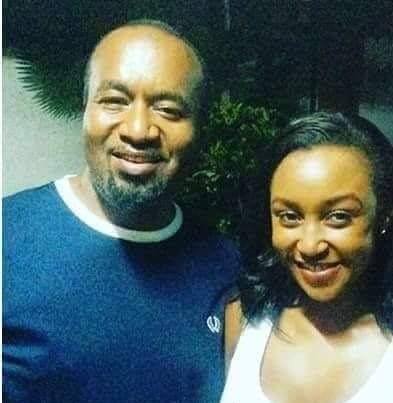 Though he has been branded as the most stylish leader in Kenya due to his looks and fashion sense, Mombasa governor Ali Hassan Joho is a casanova who has left many broken hearts as well as riches to women unlucky or lucky enough to bed him. His magnetic attraction to the opposite sex is evidenced on his social media account where women make for the majority of his followers. But the governor has also tasted married life, its perils and successes. But many cannot recall any time they saw the governor in the company of his wife in Mombasa streets. Even the First Ladies Association for long did not have the photo of Joho’s wife in her profile on their website. But Joho was married to a gorgeous lady, Madina Giovanni Fazzini, born of an Italian father and Somali mother. Madina, currently 33, is described as an entrepreneur who has a Masters in Business Administration. The couple had four children who, like their mother, are also well hidden from the glare of the media. Their three daughters are Umm Kulthum, Rahma and Amina while the boy is named Shaheed. Madina was only known to run Joho’s foundation which catapulted the former Kisauni MP to a higher office of Mombasa county boss. 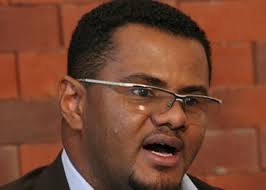 But Joho’s sexual escapades with dozens of women saw the couple separate and that was the first time Madina’s photos surfaced on social media, striking many as a gorgeous woman. Madina’s best friend was said to be then Mombasa senator Hassan Omar’s wife Asli Osman, even though Omar and Joho are bitter political rivals who squared it during the gubernatorial elections. But the husbands’ rivalry did not bother the two ladies who were seen together in public even after Joho separated with Madina. To entice his prey, Joho capitalises on his appearance, ensuring he looks dapper and is always neat in whatever he wears. To top it, he regularly gets haircut to keep his beards and hair trim, attracting women in droves. The Sultan has lately been trying his luck on Paris Hilton, the heiress of Hilton hotels who is the granddaughter of the legendary Hilton. The two were last year photographed in Miami with Joho dancing with his hand round Paris’ waist. Joho’s sexual escapades saw Nairobi woman representative Esther Passaris describe him as a Kenya’s top slay king, who knows how to entice his prey. Another factor that works to his advantage while luring his prey is his bottomless riches, as women love men who are rich and famous. Many women frequenting his social media account have one dream: 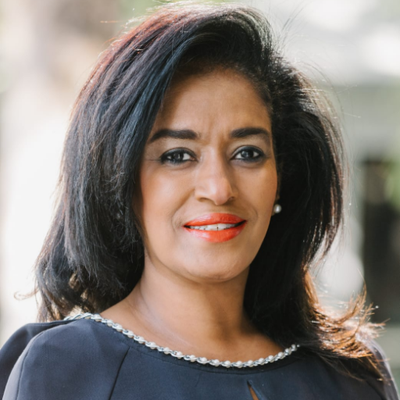 To bed him and strike it rich. And Joho does not disappoint as the women he has bedded, most of them have kissed poverty goodbye. Using his power as a top political leader, the ODM deputy party leader, second in command after Raila Odinga, the governor 001 has bedded many beautiful women who include politicians, journalists and slay queens. Many recall the newspapers headlines when Joho snatched media personality, Betty Kyalo from her husband, NTV editor and anchor Dennis Okari. The governor bought Betty a luxury house along Lenana Road in Nairobi’s Kilimani area, gifted her with a BMW X6 and a Porsche Cayenne, besides a monthly upkeep stipend that would make any girl’s eye water. But the cunning governor ensured the house was not in Betty’s name, but his. He also opened a business that dealt in leather products for Betty’s sister, who according to sources, he also secretly went to bed with. But after six months, they went separate ways as Betty wanted to be recognised as the First Lady of Mombasa, not a mistress. The drama that followed the separation is still live in the memory of many. Joho dispatched his security to repossess the two vehicles and the keys to his house in Kilimani, leaving a forlorn Betty homeless. 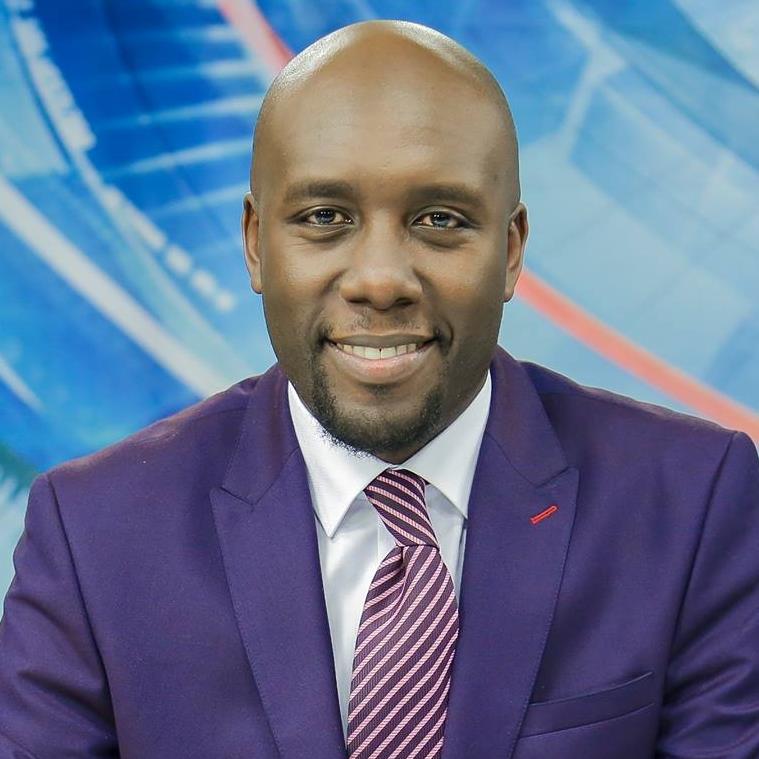 Betty, who had left Okari without carrying anything, was devastated when Joho’s security ordered her to surrender the BMW while behind the wheels on Mombasa Road. She was forced to park off the road near Nyayo Stadium and pick her stuff before Joho’s security detail seized it. But she called Joho and begged him to allow her to take the furniture and other personal effects, which he did. To make ends meet, Betty was forced to file a case at the Milimani Children’s Court seeking child support from Okari. After parting ways with Betty, Joho’s next prey was a gorgeous lady who was living in Dubai identified as Caroline. The lady would post on her social media account her travels with the governor, who boosted her real estate business in Dubai. But the lady, who was also a blogger later parted ways with the governor but posted that she missed the times she and the “Mombasa Sultan” shared before calling it quits. Caroline caught men’s attention with her bewitching looks and rare hourglass figure and anyone who spotted her photos left with a smile on their face and a heartbeat that kept racing. Caroline, just like Joho, loves everything designer and fashion. The American-born lady has a son. She lives in a palatial residence that resembles a castle. 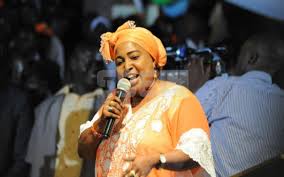 Not long after that, reports emerged that the governor had added then outspoken Likoni MP Mishi Mboko to the list of his mistresses after helping her secure a divorce against her husband, then National Land Commission chairman, Mohammud Swazuri. The Likoni MP joined the governor’s growing list of mistresses who include Mombasa county’s finance department head Hazel Koitaba whom he appointed to replace long serving county finance head Walid Khalid after retaining the gubernatorial seat in the August 8 2017 general election. Former Miss World Kenya Emma Too was also rumoured to be Joho’s mistress and the two lovebirds were spotted several times in several high-end joints in the country and outside Kenya. At one time, Joho and Too booked a high-end hotel in Marrakech, Morocco, where they spent a number of days warming each other up. During the vacation, Joho had lied to Mombasa county residents that he was in Morocco to look for investors. The governor also awarded the former beauty queen a tender of beautifying the streets of Mombasa which cost the residents millions of shillings. For the Likoni MP, Joho has been bankrolling her political activities including her campaigns for elective seats, in both the 2013 and 2017 elections where she won the Mombasa women representative and Likoni parliamentary seats respectively. 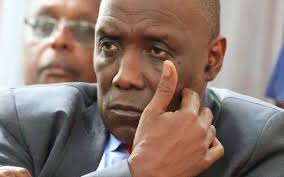 Mboko was in 2013 elected the Mombasa women representative but in August 8 2017 elections she vied for the Likoni parliamentary seat on an ODM ticket where she defeated former MP Masoud Mwahima who had ditched the opposition for Jubilee. But when Swazuri got wind that his second wife, Mboko, was sleeping with politicians led by Joho, he schemed to divorce her using the Muslim practice called talaq – where the husband initiates divorce. But when word reached Joho that Swazuri was planning to divorce Mboko through the Muslim religious practice where the then land commission boss would reveal the name of the man moving around with his wife, the governor schemed to hit back before he could be embarrassed in front of the Muslim elders. Together with Mboko, they sought the services of the anti-corruption sleuths to fix Swazuri over a land scandal. The sleuths raided the Kwale home of Swazuri where media reports indicated a large amount of money obtained through corruption was found. 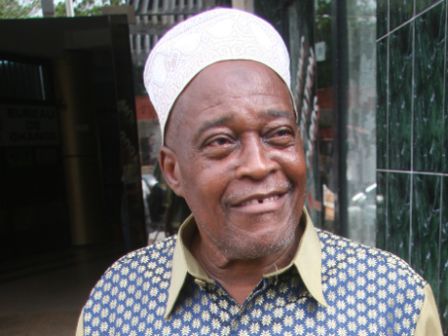 It is after the police raid that Mboko walked out of Swazuri’s home arguing she could not continue staying with a corrupt husband. Today, women continue to flock Joho’s social media page, re-tweeting his tweets, saving his pictures on their phones, hoping to catch his roving eye. Among them is a young woman who took to Kilimani Mums Uncensored Facebook page to confess her undying love for Joho. Dorry Amonde Okoyo from Kisumu was quoted in the press claiming she had fallen for the governor, not just because he is loaded, but for his stunning looks as well. She claimed she would die for an opportunity with him behind closed doors. And now there are reports that Joho is dating Tanzanian singer and songwriter, Nandy. But the lady has denied having a relationship with Joho, saying the rumours started when she wore a cap and used a chopper written 001 in her new video. “He is a person who loves bongo music and he loves Tanzanian artistes, and so we are there to support him as he supports us,” she said while denying being in love with him.