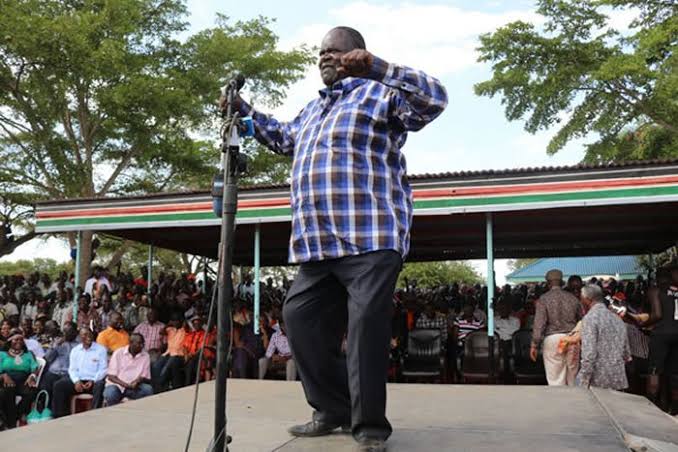 Operations at the Homabay county government offices last week came to a standstill when a senior government official fighting corruption charges made a dramatic escape from EACC sleuths who had stormed the place to execute arrest.

Workers at the officers were taken aback following hilarious events that saw head of accounts Daniel Owuor alias Lieta disappear from his office after getting wind of his looming arrest.

Sources familiar with the development told Weekly Citizen that the EACC detectives were duped flat by the troubled head of accounts with the help of a security aide of the county secretary Isaiah Ogwe.

The EACC officers reportedly landed in Homabay shortly before 4pm and after briefing the local DCI drove to the county to execute the arrest of Lieta who has been on the run for nearly two months.

But sooner than expected an insider at the local DCI said to be a person of interest in the mega corruption of Homabay allegedly reached Ogwe informing him of the looming arrest of Lieta.

According to those in the know, Ogwe in turn called his security detail Bwage to execute a safe exist for Lieta before the officers arrived at the governor’s office compound.

Bwage swiftly telephoned the driver of Ogwe who was a way from town but came in top speed with headlights straight to the governor’s office compound.

In what appeared to be a hurriedly well-coordinated escape, the governor’s exit gate was opened immediately as Lieta got into Ogwe’s official vehicle which disappeared in a breakneck speed towards Homabay High School