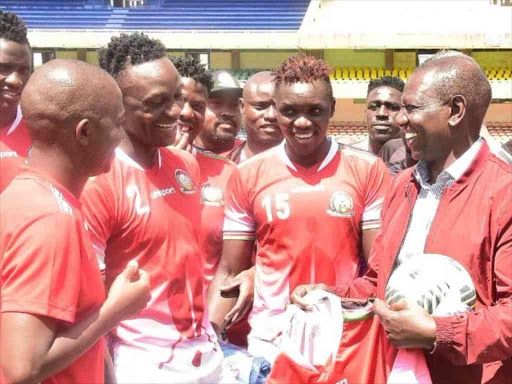 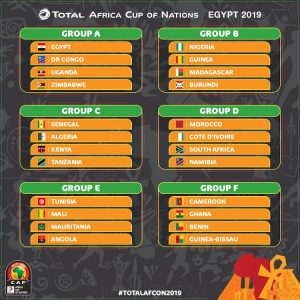 The groups after the draw

The draw for 2019 AFCON to be staged in Egypt was done yesterday and Kenya was pooled with Senegal, Algeria and Tanzania. This on paper seems a tough group but with the recent government backing and sponsorship from Betin Kenya, Harambee Star can pull a surprise and qualify for the next round.

Harambee Stars is rated below Senegal and Algeria but above Tanzania in the FIFA rankings. Here if all goes well the Kenyan team is sure of three points from Tanzania.

Another team  in the group is Algeria who has struggled to impress in the recent years despite featuring star players like Riadh Mahrez of Manchester City and Yacine Brahimi of Porto. The current political turmoil in Algeria is definitely affecting the teams preparations for the tournament making. Harambee stars can turn table on them and that would translate to six points and that’s enough for qualification.

Going by this if Harambee Stars beat Tanzania’s Taifa Stars and Algeria, qualification for the next round is all but guaranteed .

Having played well against Ghana’s Black Stars both home and away, Harambee Stars can equally squeeze a much needed point from Senegal’s Teranga Lions. Senegal are considered pre tournament favourite and boast of a star studded team that features Liverpool’s Sadio Mane and Napoli’s no nonsense defender Koulibally.

The curse that is Kamba politics