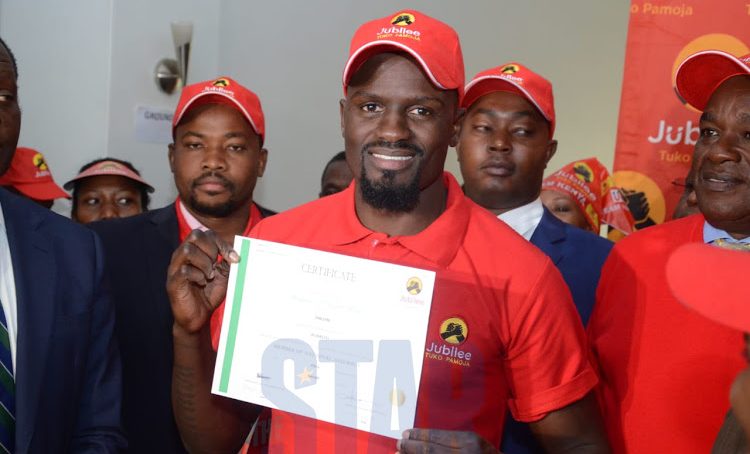 The state agencies knew all along that Mariga was not qualified to vie for the seat having registered as a voter at Kariakor on August 26, nearly two weeks after National Assembly Speaker Justin Muturi had declared the seat vacant.

Aware Mariga could not be cleared and not to embarrass president Uhuru Kenyatta,the head of state was advised not to present Jubilee nomination certificate to him as the Ruto wing wanted. 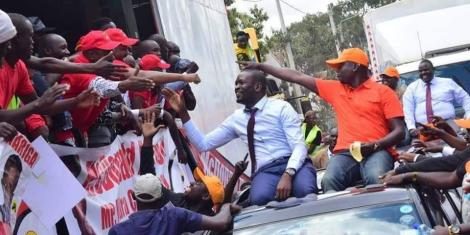 Insiders say the operatives could have used former State House Digital Director Dennis Itumbi to prevail upon Ruto to back Mariga for the seat.

Itumbi was the first to break the news that Jubilee would field the football star and later wished him well as he entered the race for the seat, exuding confidence he would marshals voters behind his bid.

“MaCdonald Mariga, that is @MarigaOfficial is Jubilee’s candidate for the Kibra by-election! I wish him well in the campaigns,” Itumbi tweeted.

According to sources, Mariga’’ candidature was also pushed by former Kakamega Senator Boni Kwalale who went ahead to prevail the DP to back him, arguing it was a sure way of Ruto of making inroads in the populous western Kenya.

Khalwala, sources add, expected Ruto to channel huge amounts of money to Mariga’s campaigns as the DP aims to win over the Luhyas ahead of the 2022 polls.

The former senator had positioned himself as Mariga’s chief campaigner, and hence was assured of pocketing millions of shillings that would have been donated for the campaigns. 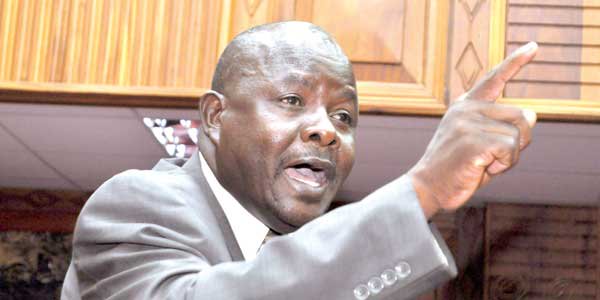 Other sources add that Khalwale was working hand in hand with Jubilee Party National Elections Board (NEB) chair, Andrew Musangi, who gave clearance to the footballer to contest the seat.

The duo expected to make millions of shillings from Ruto’s donation for Mariga campaigns on the pretext of wooing Luhyas to vote for the footballer.

Musangi, son of a former Egerton University Vice Chancellor, Richard Musangi is well connected in the Jubilee Party hierarchy by virtue of being married to one of the top financiers of the party’s daughter, tycoon Chris Kibubi.

Mariga presented his papers at the Jubilee Party headquarters at Pangani last Monday before he was given the go-ahead to contest for the seat. 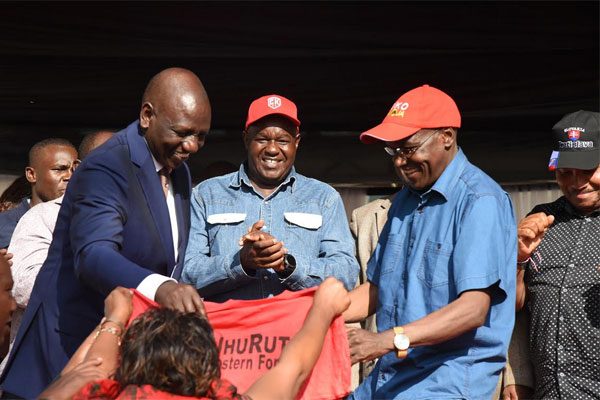 His name was subsequently presented to the Independent Electoral and Boundaries Commission (IEBC) but at first secretary-general Raphael Tuju recalled him to give the party more time to consult over his candidature.

But the ruling party suffered an  embarrassment after the electoral body denied him the nod to vie for the Kibra parliamentary seat.

The IEBC stated his name does not appear in the voter register and he cannot, therefore, contest in the November elections.

Efforts by Khalwale and Lang’ata MP Nixon Korir to convince the IEBC team that Mariga was registered after the 2017 polls were futile.

According to sources, President Uhuru Kenyatta was all along opposed to Jubilee fielding a candidate in Kibra, fearing it would threaten the pact he entered with ODM leader Raila Odinga.Infact the state secret agencies wanted to use Mariga candidature factor to have Jubilee not field a face to allow the handshake deal prevail.t

The President is opposed to any move that can neuter the March 9, 2018 handshake with his nemesis, Raila, that is credited with lowering the political temperatures across the country.

Before the party nominated the footballer, Ruto’s allies had sensationally claimed that their rivals in the ruling party led by Secretary-General Raphael Tuju had hatched a plot to field a weak candidate for the Kibra election in order to help ODM candidate win.

But the Uhuru wing, aware that Mariga was not qualified to contest, waited for Ruto to sink himself by backing a candidate who would not get clearance.