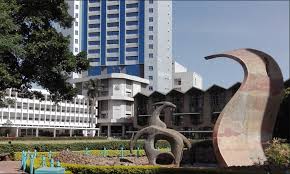 Public and private universities in Kenya are grappling with a serious crisis of lecturers engaging in sexual activities with their female students to manipulate grades, we can authoritatively report.

The sex crisis which has crept up on public and private universities is now posing a threat to young female students and the integrity of the examination results.

On the other hand some male tutors are finding themselves victims of seductive female students who threaten or blackmail them to have sex with them in exchange for good grades or else they will expose them.

According to a highly placed source at the University of Nairobi, who requested anonymity due to the sensitivity of the matter, the practice of female students engaging in sex with their tutors is rampant but the institution can do little if the concerned parties indulge in sex-for-marks where each consents.

However, most male lecturers demand sexual favours from their female students in exchange for academic favours or else they will award them poor grades.

The official revealed that at all public and private universities in the country there have been reports of female students complaining about their lecturers demanding sex from them in exchange for academic favours.

At the University of Nairobi, he added, two female students at the School of Law recently confessed that they offered themselves and pleaded to give one of the male lecturers anything he wanted so as not to re-sit the exams that would have seen them fail to graduate, and subsequently miss admission to the Kenya School of Law.

At the University of Nairobi, sometimes back a sociologist lecturer, Ken Ouko was accused of demanding sex from female students in exchange for favourable grades.

But in his defence, Ouko told the university disciplinary committee that one of his female students fixed him.

According to our whistleblower, lazy female students also seduce their lecturers by getting their telephone numbers and email addresses and the start calling them often at any time of the day or night, introducing themselves so that the target can know them by name and offering to meet them at any joint they frequent.

During class sessions, the lasses also sit in the front row and wear skimpy clothes, their intention being to be recognized and also to seduce the lecturers with their exposed body parts.

A lecturer at Jomo Kenyatta University of Agriculture and Technology narrated how a girl who always wore a mini-skirt ambushed in a hotel he used to frequent and sat on the same table with him. The girl was accompanied by a colleague who secretly took the photos of the two sitting together. The photos were later through Whatsapp transmitted to the girl who showed them to the lecturer.

But majority of the girls who are involved in these schemes do so deliberately, others are caught up in situations where they think that it is only offering sex to lecturers that they can pass. 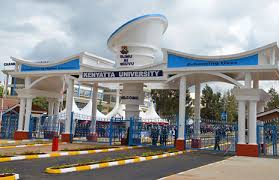 At Kenyatta University, a lecturer, Tom Namwamba found himself on the receiving end when a blog published a story that he was giving female students ‘sexually-transmitted marks’.

At public and private universities in Kenya, sometime lecturers undertake research projects and compile the findings for female students in exchange for sex or money.

The female students later use their first class honours degrees to secure some of the best jobs in the private and public service, including sensitive areas such as the health sector but they are unable to cope with the challenges related to their new jobs, resulting to poor public service for those in the public sector.

But some male lecturers also deny female students marks if the latter decline to yield to their sexual advances. 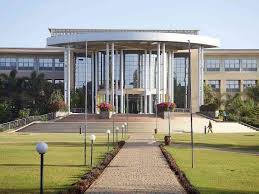 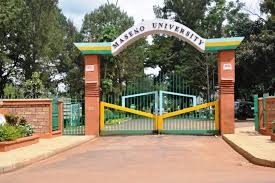 But female students of USIU, unlike their counterparts in public universities, engage in sex for a different reason. They do it for fun and lecturers, who refuse to bed them, are threatened with negative exposure that will lead to their sacking.

Back at public universities, some male lecturers also target vulnerable girls from poor families. Dons, who are single, lure the girls to their flats – most live outside the university – where they pay them for cleaning and washing their clothes, before taking them to bed. Others lure female students into sex by taking them out, buy them hard drinks and food.They get drunk and enjoy sex with them.Some lectures even drug students.

Others are given car lifts only to fall prey to the lecturer tricks as it happened at a female student at Egerton university.Female students attending funerals of colleagues or academic staff members find themselves at crossroads with lecturers. A don at Maseno University was found unconscious in his office. He was said to be dating a student  and had sex in the office.