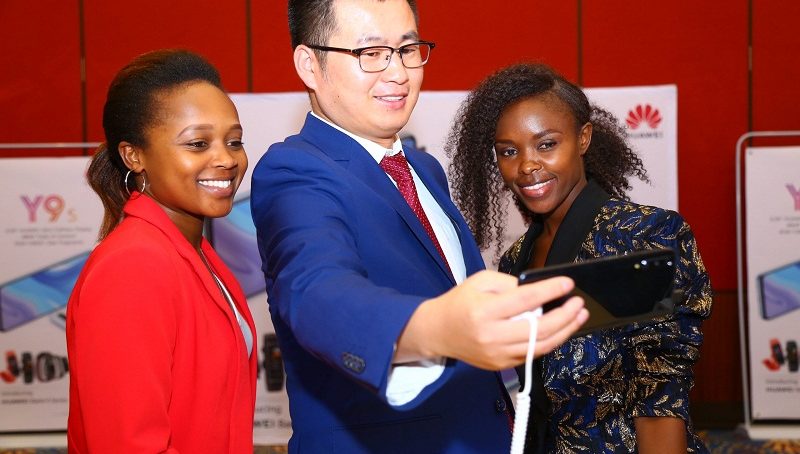 Trouble is looming at Huawei Technologies Kenya office in Nairobi, Weekly Citizen investigations team has established.
At the centre of the storm is what insiders term as poor working conditions due to abuses by Chinese expatriates, poor pay compared to foreigners, money laundering, dumping of mobile phone equipments including handsets and sexploitation by Chinese senior managers on African ladies.
“The sexual abuses are so bad to an extent, the Chinese managers even do it in toilets in their offices at times sharing ladies,”a source claimed.

Another source well versed with Huawei operations revealed, the firm is evading taxes running into millions in undeclared customs, goods declarations during importation.
Huawei top managers in Kenya are said to enjoy political protection in high levels. At Kenya Revenue Authority, Huawei is said to have had on its payroll the who is who in the management during the era of John Njiraini and commissioner general.
Weekly Citizen has information that the new management team at KRA headed by James Mburu has sent away managers said to have been on Huawei payroll. The contractors were terminated on what was said to be poor performance. Already the affected KRA officers’ lifestyle audit has been undertaken with information shared with Assets Recovery Authority. The departments targeted being customs, domestic and corporate support services.
Our sources revealed, Huawei together with other Chinese firms have perfected the art of tax evasion which is costing the taxman billions but a cartel at KRA doctors figures after being paid millions in bribes.
A customs officer based at Mombasa was allegedly bribed with Sh15 million by Huawei according to an insider at the Chinese firm.
One notorious underworld player at Huawei Kenya office is CEO Stone Lee He. It is said the recently launched women in technology initiative to help women in the IT sector has been turned into a tool to demand sexual favours. 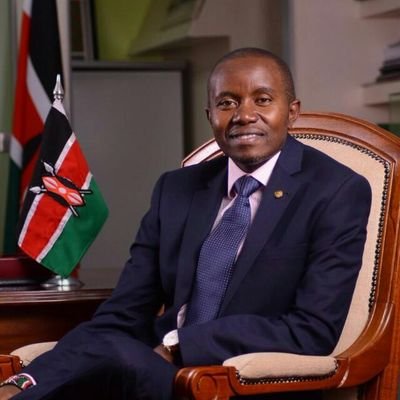 Known as women in Technology Huawei (WITH), it aims at bringing women on board in technical field dominated by men. The brainchild of WITH Maureen Mwaniki is accused of witchhunting using the project.
Huawei’s country president is Steven Li. Li is accused of engaging in human trafficking by bringing Chinese in Kenya to do jobs Kenyans can do better. At one time Li had an arrogant personnal assistant and two secretaries of Chinese origin. Surprisingly, to be employed at the firm at a higher level or even low one, Chinese language is one of the qualifications.
Huawei is known to finance presidential candidates in ruling parties and even opposition world over. Word has it, in Kenya, Huawei funded Mwai Kibaki, Uhuru Kenyatta and opposition candidate Raila Odinga through his then aide Caroli Omondi.
Using its political connections Chinese telecoms giant Huawei landed a lucrative tender to deliver a data centre, smart city and surveillance project in Kenya for Sh17.5 billion ($172.7m). Huawei was able to lock out other Chinese telecommunications firms among them ZTE.
The Konza Technology City development is being funded with Chinese concessional loans – state-backed funding .
The Konza project under ICT ministry and Huawei, includes a National Cloud Data Centre, Smart ICT Network, Public Safe City and Smart Traffic Solution, and a Government Cloud and Enterprise Service.
Concessional loans tied to the purchase of Huawei equipment have proved a highly successful way to win contracts in developing countries.
In 2012, Huawei was awarded a tender to build a national fiber-optic network in Kenya worth $60.1 million, a deal financed by China Exim Bank.
Huawei is currently at war with America. The administration of president Donald Trump has put Huawei on its so-called entity list, which means US companies need a licence to supply US technology to the Chinese firm.
Huawei, a leader in next-generation 5G wireless technology remains barred from developing 5G networks in the United States, and the Trump administration is trying to convince its allies to do the same.
Recently, MPs slashed more than Sh1.2 billion allocated to the ministry of Interior to manage communication surveillance programmes countrywide.
National Secure Communication and Surveillance System project was one of those affected. The project started in 2015 when the state gave Safaricom and Huawei a Sh15 billion tender to install CCTV cameras.
Safaricom had involved Huawei in providing infrastructure support for the Sh14.9 billion security tender it was awarded last month.
Suprisingly, Huawei had been disqualified in a similar tender after it failed the capacity to execute the project. It is said, Huawei compromised Safaricom in the deal.
It is imperative to note, in 2012, then Internal Security ministry headed by late Joseph Nkaissery floated a security tender for the National Police Service.
The state also uses Huawei security equipment.
Safaricom was paid a cool Sh7.5 billion as initial installment for the 2014 building of a digital security system in Nairobi and Mombasa.
The contract required Safaricom to install CCTV cameras in Nairobi and Mombasa that transmit real time data to a central point at the police headquarters and to connect all police stations in the two cities to high speed 4G Internet.
The project is aimed at connecting 195 police stations in Nairobi and Mombasa to high speed 4G to ease communication.
Safaricom was also mandated to supply the police with radio communication devices (GSM walkie-talkies fitted with Sim cards and cameras) that can take pictures at crime scenes and send realtime data to the command centre for analysis.
Last year, an investigation by Wall Street Journal claimed Huawei technicians helped authorities in Uganda to intercept encrypted messages to penetrate a WhatsApp chat group in which musician and politician Bobi Wine is a member.
Bobi Wine is a fierce critic of president Yoweri Museveni.
Ugandan authorities supposedly used messages in the WhatsApp group to thwart plans for street rallies and arrested Wine and dozens of his supporters.
Huawei Technologies, one of the world’s largest telecommunications company, dominates African markets, where it has sold security tools that governments use for digital surveillance and censorship.