With Nairobi governor Mike Sonko having taken a middle ground after the government took charge of key dockets in accordance with the controversial agreement signed in March this year, the battle for political supremacy at City Hall now pits embattled county assembly majority leader Abdi Guyo against Beatrice Elachi. Elachi pulled a fast one after Guyo was suspended for four months for missing two consecutive sittings. But the Matopeni Spring Valley ward MCA threatened to go to court to contest the decision by the assembly, arguing it was illegal. While announcing the suspension, Elachi decreed Guyo would henceforth cease to enjoy all the privileges he is entitled to as an MCA for the months he will be out of the assembly. She further said the decision was not subject to review by any authority and directed the office of the clerk together with that of the sergeant-at-arms to fully comply. Indeed, since the last general election, Elachi and Guyo, have engaged in supremacy battles, sometimes resulting in chaos and fistfights. It all started when Guyo marshaled 103 MCAs to impeach Elachi for alleged gross misconduct. 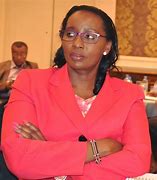 In a motion by Waithaka MCA Antony Kiragu, the MCAs accused Elachi of conflict of interest in the purchase of the speaker’s residence and interfering, threatening, bullying and intimidating staff; spending public funds on a trip to Dubai to receive a fake honorary doctorate degree from the London Graduate School and making payments of Sh550,000 for a suspicious Dubai Leadership Summit, among other crimes. After impeachment, the speaker rushed to the Employment and Labour Court where Justice Pauline Onyango overturned the impeachment and ordered her reinstatement. Justice Onyango also ordered the county assembly public service board not to interfere with Elachi’s terms of employment. But the MCAs vowed not to allow her back, despite the court order, forcing her to reach out to influential politicians, including ODM leader Raila Odinga to prevail upon the legislators to allow her back. Word has it that Sonko was also instrumental for her resurface to counter Guyo who was at war with the governor. 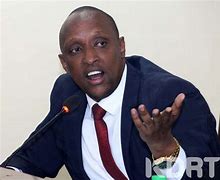 But Guyo, then minority leader Elias Otieno, and minority chief whip Peter Imwatok while criticizing the ruling, vowed not to accept her back even if she had Raila’s blessings. The matters took a nasty turn after Elachi was brought back to the assembly by a number of city MCAs from the minority side. The ODM MCAs closed all the gates barring access into and out of the assembly. What followed was a fresh showdown with the rival MCAs led by Guyo launching a fresh impeachment motion against her. The Guyo group also warned Jubilee Party secretary-general Raphael Tuju against meddling with party affairs at the assembly, accusing him of forming a rogue committee that interfered with its independence. They claimed a number of them had been approached and told to push for the majority leader seat to be taken from Guyo, and given to an MCA from the Mt Kenya region. 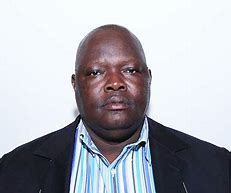 But Elachi on her turn tried to cool tempers by pledging to work with all MCAs. But secretly, she was working with anti-Guyo forces. She pleaded with the Jubilee MCAs to abide by the truce brokered by Tuju for her to serve as county speaker. Elachi even extended an olive branch to Guyo but the Matopeni ward MCA dismissed her move, saying they will remain allied to “their speaker”, Ngara MCA Chege Mwaura whom they had elected. What followed was a split in the assembly, with one camp vowing not to recognize Elachi as the speaker, and on the other side, another group supporting her but not recognizing Guyo as the leader of the majority. For ODM, the chairman John Mbadi ordered the removal of the minority leader and Kileleshwa MCA Elias Otieno and Imwatok for going against the party’s dictates. They were replaced by Highrise MCA Kennedy Oyugi and Lower Savanna’s Nicholas Okumu respectively. Jubilee Party also overhauled its leadership in Nairobi county assembly with Guyo axed and replaced by Dandora Three MCA Charles Thuo. 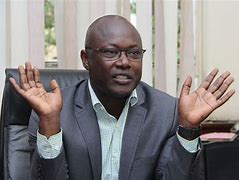 What followed was more confusion as both Thuo and Guyo claimed the post and even released different press statements stating each as the leader of the majority party. During the power struggle between Elachi and Guyo, a motion to impeach Sonko was hatched with many raising eyebrows. Thuo claimed Guyo was issuing misleading statements purporting to speak on behalf of the majority party as the majority leader. But in a letter addressed to the Attorney General and Solicitor General, Guyo asked the two offices to ignore a letter written by Thuo, criticizing the decision to annul the supplementary appropriations Bill 2020, stating he was the majority leader. But Thuo hit back, maintaining he was the leader of the majority party in the assembly until such a time when the speaker communicates the changes on the floor. Come April this year, and Jubilee Party reappointed Guyo as the majority leader to be deputized by Dandora Three MCA Peter Wanyoike. 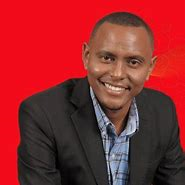 Mihang’o MCA Paul Kados was appointed as the majority whip and deputized by South B MCA Waithera Chege. The changes saw the removal of Thuo as majority leader and Ziwani MCA Millicent Mugadi who was his deputy. Also ousted were nominated MCA June Ndegwa who served as the majority whip and her deputy California ward rep Hassan Abdikadir. Elachi read mischief in the return of Guyo. But Elachi failed to communicate the changes to the assembly only to later announce Guyo’s suspension which she tied to a report of the assembly’s powers and privileges committee investigating alleged absenteeism of the Jubilee MCA rose on the floor of the House on March 16, 2020, by nominated MCA Mary Ariviza. But Guyo accused Elachi of witchhunt and acting with impunity for disregarding the court order, saying that missing sittings does not constitute a breach of privileges. Weekly Citizen has information that the battle between the two rotates around the control of millions of shillings in terms of sitting and travel allowances. 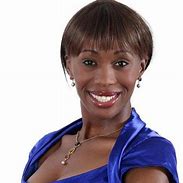 They are battling to influence operations at assembly public service board. Sources say Guyo controls the majority of MCAs in the assembly, a move Jubilee party is well aware of, and thus an asset. However, Elachi fears he can impeach her for the second time hence, the need to lock him out. We could not establish which side Sonko is in City Hall assembly wars but word has it that both Elachi and Guyo have respect for the governor as they battle. In fact, it is suspected that Sonko a shrewd schemer is fuelling the war between the warring sides to avoid impeachment. Elachi has gone further to suspend MCAs serving suspensions from House committees in a move targeting Guyo. Apart from Guyo, others are Benson Mwangi (Mowlem), and former minority leader Elias Otieno (Kileleshwa). Nominated MCA Habiba Hussein lost her seat after she failed to attend plenary sittings for two years. Guyo is accused of missing eight consecutive sittings.