Mombasa governor Hassan Joho sent his entire cabinet home a few weeks ago and has not constituted a new one several days later, sparking off speculations about the dilemma he finds himself in trying to balance diverse and vested interests.

In the expected new cabinet appointments, the Mombasa governor also known as Sultan will seek to please the business community, the ODM party and the interests of the national government which he is now in good books with.

There are also possibilities that the new cabinet could have surprise faces, including people and former employees who fell out with the governor in the past, as he embarks on reconciliation efforts and making peace with former rivals as he seeks to win over opponents in his final term of office.

The flamboyant governor had promised to name a new cabinet in a matter of days after he kicked out the 10 members on November 12 at the end of their two years’ contract. Sources say, majority of them will not make a comeback after failing to meet Joho’s expectations. 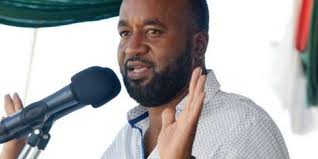 “I have done an evaluation on what each CEC has achieved in the past two years. There are some who have done well and others are wanting. I was given a five-year mandate by voters and I have in turn to evaluate the performance of the people under my leadership. I will make a decision on who stays and who goes,” Joho explained after he sent the CeCs packing.

There is however, an intense lobbying by the outgoing executives and their benefactors to be considered for a reappointment. It is claimed some Somali businessmen are ‘pouring money’ to ensure their own are appointed to critical dockets.

A source close to the governor claims that apart from Taufiq Balala who headed transport and infrastructure, Hazel Koitaba of health and Fawz Rashid of trade and tourism dockets who have chances of a comeback, the rest of the minister’s fate may have been sealed off for good.

Apart from religion and tribal considerations, the governor is looking for a team that will shape and rescue his legacy given that he is looking forward to playing a critical role in the post Uhuru succession politics.

Joho’s popularity at the port city of Mombasa is on a downward spiral with residents complaining of uncollected garbage, leaking raw sewage in the town centre and estates, unemployment and protests by transporters over loss of business as a result of the SGR cargo transportation to Nairobi.