A few days ago, William Ruto flew to Uganda to commission the construction of the African and Leadership Institute named after him. Upon his arrival in the morning, Ruto first held talks with president Yoweri Museveni at Mubende State Lodge, West of Kampala. While accompanied by a group of Kenyan leaders supporting his 2022 presidential bid, he later proceeded to the Makerere University where he laid the foundation stone for the Institute.

This visit would elicit mixed reactions in Kenya and Uganda. Most of the academicians at Makerere University would read politics. “The issue here is not about building an institute. The Kenyan DP is a politician and so his intention is take advantage of dalliance with our president to push his political agenda”.

As such, they would fault Museveni for what they termed as ‘imposing him on us’. The event had been organised by the Office of the President. 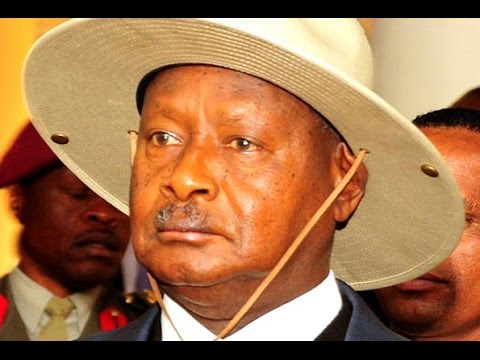 Ideally, it ought to have been convened by University Senate and Council. To make it worse, their input were never sought. Why would our president bypass them? Let us keep politics out of our education system.

After the talks, Museveni’s spokesman tweeted that the president pledged Sh10 million to support the initiative.

Again, it emerged that the institute is set to build on the same location as Mwai Kibaki Presidential Library launched in February 2015 but has never got off ground. When Kibaki was at the helm, his leadership was praised by many leaders in Africa including Museveni. So, if a project commissioned in his honour would collapse, do you expect Ruto academy to go beyond the ground?

For activists and academicians in Kenya, Museveni is known to be a dictator. Over the years, he has been using violent and strongman tactics to cling on to power. Opposition leaders Kizza Besigye and Bob Wine borne the brunt. He would use the state security machinery to silence them whenever they dare challenge his authority.

So, when Kenyans see the DP hobnobbing with Museveni, they fear he would emulate his style of leadership if he ascends to power. I am sure Kenyans would elect a development conscious leader, who believes in democratic ideals Kenya has realised, not the one who would reverse these gains.

At this juncture, allow me to highlight some of the political activities that Kenyan DP has undertaken in Uganda. He once attended a presidential campaign rally during which he rallied the Ugandans to vote for Museveni.

“President Museveni is good leader and a close friend of Kenya. If the elect him, this would strengthen the ties between our two sister countries”.

He later dispatched a delegation, led by his top aide, to represent him at a fundraiser in aid of three schools in Uganda. Reports indicated that his team contributed Sh4.5 million.

I also remember when Uhuru Kenyatta embarked on a shuttle diplomacy aimed at resolving the ongoing dispute between Uganda and Rwanda, the DP held talks with Museveni. The media reports indicated that the DP almost outdid Uhuru.

Kenyans also remember that Museveni was among the regional leaders who had expressed interests to intervene during the 2007/08 post-election violence in Kenya. He however appeared to take sides and this would be interpreted to mean he was out to exacerbate the crisis.

The international community seemed to have lost faith in him and would allow him to sit as a member of Koffi-Annan led mediation team.