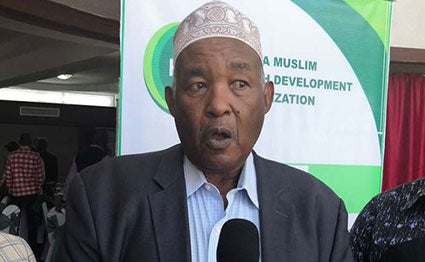 Recently, the Supreme Council of Kenya Muslims national executive committee met and ousted the national chairman Yusuf Nzibo, on what they termed incompetence and ethical grounds, citing massive corruption and ignorance of Islamic teachings as some of the other factors which they promise to reveal to members in the special annual general meeting scheduled for January 2020. 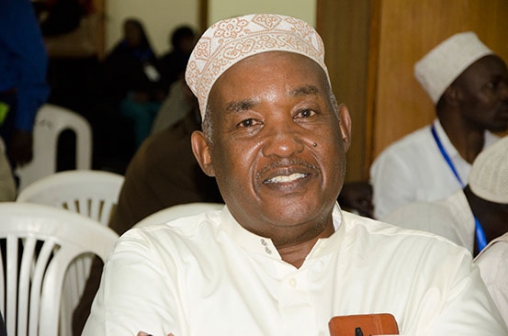 Weekly Citizen has information that the planned early next year AGM is generating a lot of heat and is likely to turn chaotic with three factions out to control Supkem activities out to undo each other.

Surprisingly, Uhuru succession battles have also reared their ugly head in the wrangles.

It is imperative to note, since Supkem elections in August 2017, Muslims have endured and suffered a lot under the current Supkem leadership. The leadership has failed to live Supkem philosophy of unifying Muslims of all races, gender and tribes. Instead Muslims are divided more than ever before across the country.

Supkem cannot report to its members any meaningful national level representation they have done. Instead the ousted chairman and his team were accused of touring the world as tourists amassing wealth for themselves. Supkem has also failed to coordinate Muslims in the country’s leading Jamia Mosque committee.

Jamia committee is accused of amassing millions of shillings due to monopoly in controlling waqf to take over islamic leadership. This is the reason why this year it was Jamia mosque committee that invited the head of state and his team for annual grand iftar during the holy month of ramadhan.

Uhuru Kenyatta instead of attending the occasion dispatched Internal Security cabinet secretary Fred Matiang’i to represent him. It has emerged that a section at Jamia community expected Uhuru to have sent his deputy president William Ruto to represent him.

But State House barons controlling Uhuru diary were opposed to the Ruto on grounds that it could have made his deputy make more inroads among the muslim community. It is worth noting that the embattled Nzibo is seen to be leaning towards Senator Gideon Moi side in Uhuru succession gameplan.

Nzibo was at one time married to once powerful head of civil service and secretary to the cabinet, Sally Kosgei. During the Moi era, Nzibo’s star was on the rise due to his links to then to the powerful family. He landed powerful ambassadorial portfolio in strategic capitals.

The Jamia powerbrokers have always taken control of Supkem activities for many years, including when Abdulghafur Elbusaidy was the national chairman, and Hassan Kinyua, the director, religious affairs who coordinated the event with other leaders.

In this year’s event, Supkem members were invited just like other participants. They were not slotted in the programme to address the congregants. This was a clear indication that Supkem has failed on its core mandate of correlating programmes and assisting in the activities and aspirations of the Muslim community in Kenya. 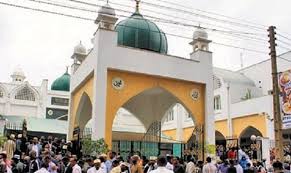 Weekly Citizen has been informed that another challenge is that the national secretary general is a government of the Republic of Kenya official. He cannot hold his employer accountable for any mistake for fear of being sacked.

During the time of hajj, Adan Wachu, Muslims would report to Supkem on marginalisation, discrimination and oppression by any institution. Supkem would engage the relevant institutions to address the matter.

Currently, Supkem is busy having internal wrangles. This has seen Muslims suffer a lot for they do not have any one to fight for their rights as it used to happen before.

A good indication of this is Muhuri now Haki Africa rising in Mombasa to speak against the SGR project for ‘killing’ coast economy. Haki is emerging as an alternative in fighting for muslims rights. Hussein Khalid is the executive director of Haki. It changed from Muhuri to Haki Africa after it was linked to terrorist activities and having its bank accounts frozen. Haki is now shifting its operations to national front so as not to be seen as Mombasa based. The NGO’s activities are now being felt in Nairobi.

When conflicts arise in many parts of this country within the muslim majority, Supkem is mum. This might pose a challenge of some uprisings like what happened when Supkem became silent and Mombasa Republican Council emerged.

During El-Busaidy’s tenure, staff never failed to get their salary on time, for the leadership would always pay from their pocket in case of income shortage. Currently, the leadership pay themselves allowance at expense of the staff.

It was during El-Busaidy’s leadership where Supkem built institutions like Maragwa Muslim College, Muslim Academy Huruma among others. Another aim was to assist in and make possible the performance of such obligations, duties and responsibilities muslims owe as individuals to islam, to work for the benefit of muslims. Many are pushing that leaders must have at least a diploma in islamic sciences as well as secular education. As the situation stand currently, very few Supkem leaders meet this criteria.

Supkem constitution also aims to work for and bring about the true knowledge and understanding of islam. How can this happen when majority of Supkem leaders fail to have basic islamic knowledge and doctrines?

Many of members agree the constitution was aimed at enhancing islamic values, islamic culture, civilisation and heritage. All this is absent. This was clear during the just concluded ICPD 25th Summit.

When Supkem was invited to go gather with other muslim leaders from around the world and present islamic values, islamic culture, civilisation and heritage, no one among them attended. 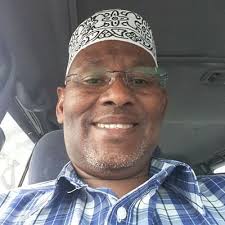 Currently, BBI is the discussion of all communities, churches and institutions yet the islamic leadership is not guiding its members.

Many say it is a high time Supkem leadership adopted the Supkem constitution in their daily lives. Otherwise, soon or later, islam in Kenya will be the worst represented religion and muslims will be the least represented community.

As they plan to elect another chairman, prayers from members are that he will be a man of integrity, learned person, who should not have conflicting interests and they should do so within the realm of the Kenyan as well as Supkem constitution guidelines.

But even as the muslim leaders of organisations that purport to mind the affairs of Kenyan muslims fight, there is a new crop of muslims in Kenya that does not subscribe to the old ways of doing things borrowed from what they see as mere customs of primitive Arab tribes and not islamic faith.

This new crop of muslims also has reservations on the so-called religious education imparted by teachers most who are semi-literate but are revered by muslims merely because they have basic grasp of islamic language that many muslims still blindly seem to think is the only lingua franca God understands.

Because of holding firmly to this Arabian tribal language for preaching, this has left many muslims misled by those who try to translate the message who are themselves brainwashed by Arabians to believe that the koran can only be understood fully when read in Arabic language. It is the ages-old mistake that catholics for over a millennia committed carrying out teachings in Latin language until the Vatican II conference in mid 1960s that decreed that church be carrying out preaching in the language of the locals. Until islam is taught and preached in the language of the locals, it has been universally agreed, it will take it many more centuries before every one in the world becomes a muslim yet every christian would by now be a muslim because they would have known that what Muhammed did was to simply affirm the message of earlier prophets. 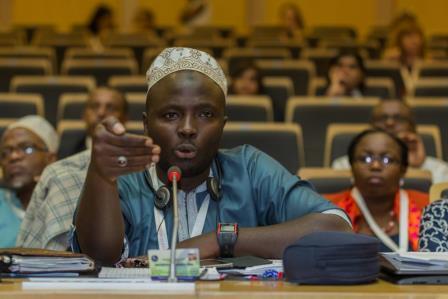 This has however not been realised because it is mainly Saudi Arabia that funds selected muslim activities around the world and so it fears that it would lose its influence over muslims round the world whom it holds in open contempt. It is against this background that Supkem and other islamic leaders have never raised a voice as Saudis enslave Kenyans many who are killed like rats by oppressive employers in Saudi Arabia.

But then, it is said, only a fool would count on an Arab to treat another human being with kindness. To this, they cite the millions of muslim migrants and refugees from Iraq, Somalia, Syria, Yemen, Afghanistan in camps in Africa, Middle East and Europe who rely on help from christians from the West yet Saudis swim in petrol dollars they have not worked for but can not part with a dime to a fellow muslim in need. It is this hypocrisy that has come to define islam

Man dies as Eldoret hospital turns him away