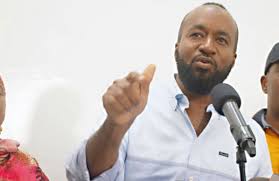 The impeachment of Tawfiq Balala as Mombasa county transport, infrastructure and public works CEC was the culmination of silent battle between Governor Hassan Joho and cabinet secretary Najib Balala. 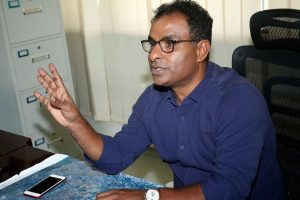 Tawfiq who is the CS’s nephew was sent packing by MCAs over gross misconduct and abuse of office. CS Balala a former mayor of the coastal town and credited for his astute leadership and tenure in office, wants to be the next governor of Mombasa.
According to sources, Joho secretly engineered the ouster of the CEC by majority of ODM MCAs while feigning ignorance of the entire infighting.
Joho’s closest aide Idris Abdulrahaman currently in charge of the subcounty sdministration was coordinating the MCAs giving them cash handouts and giving feedback to his boss.
The Mombasa governor had even come out in support of the embattled county executive whom the MCAs had for weeks plotted to impeach, but this was a clever tactic intended to take away consequential political heat away from his office and give him a free hand to nominate a new CEC.
Joho appeared before a senate special committee to honour summons which were prompted by allegations by Mombasa senator Mohamed Faki that there were plans to use threats of dissolving the county assembly so as to protect targeted CECs. 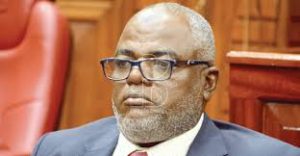 The problems at the county assembly are attributed to gubernatorial succession politics pitting CS Balala against a yet to be identified preferred successor of the governor and his influential brother Abubakar Joho.
So fierce is the competition to succeed Joho that recently ODM Mombasa county chairman and nominated MCA Mohamed Hatimy was admitted to intensive care at the Coast General Hospital after ingesting unknown toxic substance. He has since been treated and discharged.
On the other hand, some MCAs could be rebelling against Joho’s administration after the executive refused to release Sh140 million for their car loans and mortgages.
Assembly speaker Aharub Khatri disclosed to the senate’s devolution and intergovernmental relations committee that the members have not received the money. 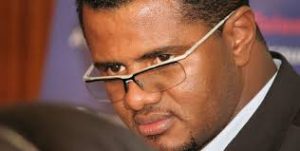 “Two years down the line, we’ve not received the money, yet we captured it in the budget and we’ve also developed and approved regulations for the funds,” he said.
The speaker appeared before the panel alongside majority leader Hamisi Musa and the assembly clerk to shed light on the divisions that have rocked the county government leading to the impeachment of Tawfiq. 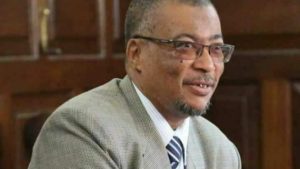 The MCAs defied a request by the senate committee to put the exercise on hold until the matter was concluded.
Jomvu MCA Athman Shebe sponsored the impeachment motion.
Addressing the senate, Joho accused the speaker of having a personal feud with Tawfiq after the latter declined to give him 200 parking stickers.
But Khatri rejected the claims as governor’s personal views.
He maintained that Balala was impeached for failing to account for Sh181 million allocated for a street lighting project and ignoring invitations and summonses by the MCAs.
He said the house went ahead with the censure motion after exhausting all avenues to have Tawfiq appear before them.
The speaker said the MCAs had complained for more than six months why streetlights in their areas were not working.
He said the report and failure by Tawfiq to honour their summonses exposed his incompetence and high-handedness, thus unfit to hold public office.
Concerning the ongoing collection of signatures to dissolve the county government, Khatri said the exercise is being spearheaded by a lobby group that has twice stormed the county assembly premises. 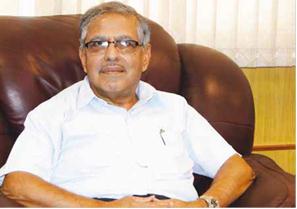 “They were more than 200 people dressed in T-shirts written ‘Fagia (sweep) assembly’. I cannot say it is the governor who has done that because I have no evidence. I don’t even think the governor could have done something like that,” he said.
Joho had denied sponsoring the lobby group to intimidate the MCAs.
Only Mtopanga MCA Lucy Chizi opposed the impeachment motion during the highly charged session. Chizi was jeered by those in the public gallery.
While contributing to the impeachment motion, Frere Town MCA Charles Kitula said the executive had failed to show value for some Sh3.7 billion the department has received since 2016 for development.
On his part, Junda ward’s Raphael Bwire said his area has been the most neglected even after approving some Sh9.25 million over the last two financial years.
Mjambere’s Fahad Kassim said those who opposed the impeachment motion are enemies of devolution and should not be elected or nominated as MCAs.
After the motion, Khatri directed that a committee of at least five people be formed within seven days to discuss the allegations against Twafiq Balala.
Outside the assembly, heavily armed police were deployed to quell any violence as tension rose in the run-up to the session.
This came as Operesheni Fagia Bunge lobby group that seeks dissolution of the county government delinked itself from Joho.
The lobby’s secretary general Kalinga Mgandi scoffed at links to Joho, saying they also want him to go home.
Mgandi said they had already collected over 60,000 signatures and their target is 200,000 signatures. “There will be no sitting. We are going to occupy that assembly,” he said.In 2017,Mohammed Jaffer and Hassan Omar were in the race. Joho of late has mended fences with Jaffer with word, Jaffer wants to be seen to be working with the governor to win on his side supporters backing the governor.