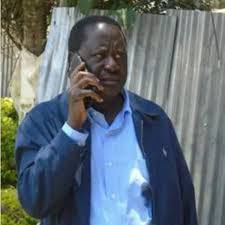 Jubilee nominated senator Naomi Waqo has furiously reacted to reports that she reached out to Raila Odinga to save her job after snubbing Uhuru Kenyatta’s meeting at State House. Waqo’s name prominently appeared in the list of those targeted for expulsion from the Jubilee party after failing to attend a parliamentary group chaired by the president at State House after which punitive measures were taken. Others who did not attend the meeting which resolved to remove senators Susan Kihika and Kipchumba Murkomen as majority whip and senate majority leader respectively are Iman Falhada, Prengei Victor, Mary Yiane and Millicent Omanga. 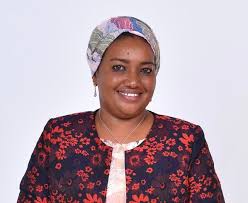 But in a phone interview with Weekly Citizen, Senator Waqo came out with guns blazing saying she did not make a frantic call to Raila, begging him to plead her case with the head of state who doubles as the Jubilee party leader.It is understood that she had made calls to some Jubilee party officials perceived to be close to the president prompting her to seek help from the opposition chief seen to be enjoying a close relationship with Uhuru. In attempts to clear the air, Wago dismissed such claims saying she does not even have Raila’s phone number.However, it is rumoured that the senator in question has shown remorse over her action against the president and has been presenting a range of excuses to win mercy of the evidently irate Uhuru. At some point, she reportedly claimed that she was upcountry when she received the invitation. In the meantime, Weekly Citizen has established that troubled Jubilee leaders are secretly seeking the help of Raila in the wake of the ongoing, messy and noisy purge in the party. There are hilarious talks of a senior Jubilee politician who stormed the AU envoy’s home in Nairobi minutes past curfew hour donning a cap, nearly a full face mask and a heavy jacket ostensibly to avoid recognition.

Plot to revive Pentagon ahead of referendum