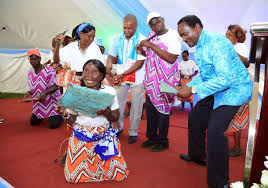 Members of the Kamba community in Mombasa county have resolved to unite for development and political leadership ahead of the 2022 general elections.

Last week in an event held in Changamwe constituency graced by popular Kamba musicians and thousands of residents, a declaration was made that in the coming general elections, the community should ensure a Kamba is voted in as the next area MP.

Speaker after speaker lamented that since the defeat of the late Kennedy Kiliku in the 1990s, the Kamba community has failed to have one of their own as MP despite commanding the highest number of votes in the constituency. They attributed the situation to the prevailing disunity among themselves.

Changamwe MP is Omar Mwinyi who is doing his second term consecutive term after taking over from Ramadhan Kajembe who was area MP for 15 consecutive years after defeating Kiliku, a Kamba who had served for two terms.

It has emerged that the chairman of Kamba Unity Forum in Mombasa and Kwale counties, Isaac Malila, who contested for Mombasa governor’s seat in 2013 general elections and lost to Hassan Joho is the one members of the Kamba community in Changamwe are planning to back for the constituency MP’s seat.

A resident of Changamwe said Malila’s candidature is being taken seriously by the incumbent Mwinyi who last week attempted to scuttle the Kamba get-together. The organisers of the event were forced to change the venue three times after proprietors of the booked venue were threatened.