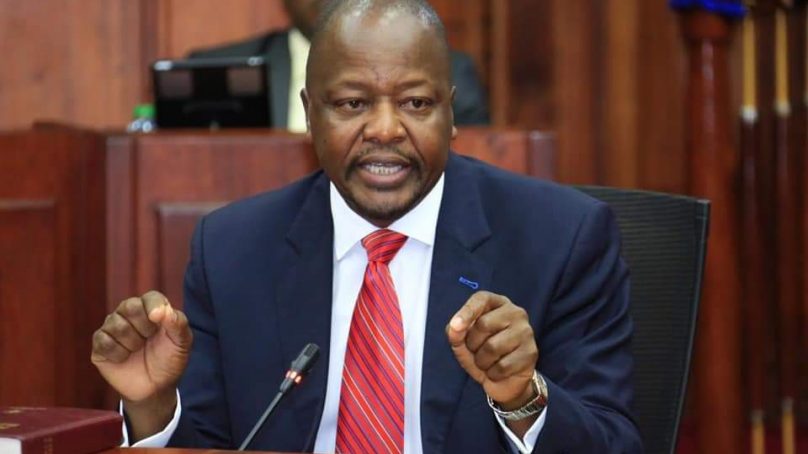 The race to replace Uhuru Kenyatta as Mount Kenya regional political linchpin once the head of state’s second and final term expires in 2022 has narrowed down to Health cabinet secretary Mutahi Kagwe and former Gatanga MP Peter Kenneth. The two leaders have held senior positions in government, with Kagwe currently holding the Health docket. Kagwe, the former Nyeri senator was also a minister as well as Mukurweini MP during the Mwai Kibaki era, while Kenneth was an assistant minister in the same government. 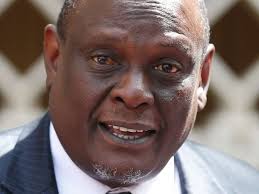 By virtue of holding the Health docket, where some Kenyatta family members have been doing moneyminting business, Kagwe appears to have an edge over Kenneth. He is seen as a neutral in Kikuyu politics compared to Kenneth who is seen to be pushed by Murang’a tycoons and nominated MP Maina Kamanda. Kamanda does not get on well with a section of Kikuyu MPs. The name of Dennis Waweru, former Dagorreti South MP also features among those to succeed Uhuru in the mount Kenya political matrix The former Nyeri senator is also married to a daughter of a former powerful Transport cabinet minister, late John Michuki, whose time he brought sanity in the matatu industry, but when it comes to riches, Kennedy outweighs Kagwe. 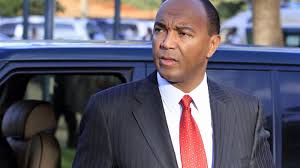 It was Michuki who declared Uhuru as the Central Kenya kingpin in the twilight of Kibaki presidency, and there are speculations that Uhuru might return a hand by anointing Kagwe as his successor in Mount Kenya regional politics. Kagwe also has an added advantage in raising a war-chest to market himself as the ideal person to succeed Uhuru in Central Kenya by virtue of the docket he holds. The members of the Kenyatta family doing business with the Health ministry include Uhuru’s sister, Nyokabi and cousin, Kathleen Kihanya. But the duo had their names tarnished when they were implicated in the Sh5 billion Health ministry scandal three years ago. However, the scandal fizzled out and to date. the Kenyatta family members continue to do business with the Health ministry. In fact, Kagwe’s appointment was brokered by tycoons from Central doing business with Health ministry. Kagwe is now raising a kitty for crisscrossing the vast Mount Kenya region to market himself as the ideal candidate to replace Uhuru. When a section of tycoons threw weight behind Kenneth succeeding Uhuru, former Kiambu governor William Kabogo openly opposed the move.

Kabogo is emerging as a force in Kikuyu politics and were it not the fact William Ruto did him in Jubilee nominations in favour of dethroned Governor Ferdinand Waititu, Kabogo Would be one of the favourite Kikuyu leading political stars to steer the ship. The war on the deadly corona virus which Kagwe is leading has made him a household name not only in Mount Kenya but also across the country. The success of the onslaught against the virus will be a big boost in his quest to succeed Uhuru, and also if it fails, he will have a bigger mountain to climb. Already, Kagwe is in the club of president’s most valued assets. According to documents tabled in parliament during his vetting, Kagwe’s wealth was at Sh667.8 million, only second to the Sh796 million that former Director at Betting Control and Licensing Board Simon Chelugui, now cabinet secretary Labour and Social Protection, declared when he was appointed Water and Sanitation cabinet secretary then. Kagwe owns two companies that made Sh5.4 million profit in 2019. His public relations firm, Tell-Em made Sh2.87 million while his research agency TNS RMS East Africa made Sh2.625 million in 2019. Kagwe also owns other assets that have in addition to the two companies contributed to his net wealth. But he will have to do more to raise money to buy loyalty from across Mount Kenya region in his quest to succeed Uhuru. 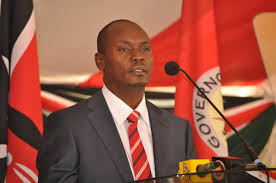 Kagwe’s disadvantage is that he hails from Nyeri county, home to Kenya’s second president, Kibaki. Already there is a push by counties in Central Kenya that have not produced a president to get the political kingpin position after Uhuru. These counties are Murang’a, Nyandarua, Kirinyaga, Laikipia, Meru, Tharaka Nithi and Embu. The argument is that Kiambu and Nyeri have produced three presidents – Jomo Kenyatta and Uhuru (Kiambu) and Kibaki (Nyeri) and therefore should give the other counties a chance. This is the mathematics that is giving Kenneth an edge over Kagwe. The former Gatanga MP hails from Murang’a county that is leading the push to have Uhuru’s heir in Mount Kenya come from outside Kiambu and Nyeri. Already, tycoons mostly from Murang’a have been pushing for Kenneth to succeed Uhuru as Central Kenya kingpin. This push has not gone unnoticed in even at State House, where one of Uhuru’s most trusted aides, former Jubilee vice chairman David Murathe, is leading a crusade to have Kenneth as ODM leader Raila Odinga’s running mate in 2022. 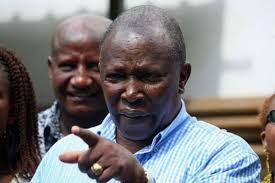 On his part, apart from rebranding as a serious Kikuyu and national leader, Kenneth is also building a warchest to battle other contestants for Uhuru’s kingpin job. Last week there were reports of the acquisition of a financial institution the former Gatanga MP has vast interest in by a multinational, which will see his bank account get several billions. The institution, Mayfair Bank was bought by Commercial International Bank Egypt in a move expected to strengthen its capital base and lending business for the Kenyan financial institution and hopefully pull it out of its financial hole. Mayfair Bank has been struggling to turn a profit since it launched operations three years ago. According to 2019 financial results, Mayfair Bank recorded a 37pc increase in losses to Sh365.9 million, making it one of the few lenders to post losses in Kenya’s banking market of 43 banks. The new investors, who took over the bank from May 1, 2020, are expected to restructure Mayfair Bank’s operations using their international experience to move it from the red territory and enable it to battle it out for business in the highly-competitive local banking industry