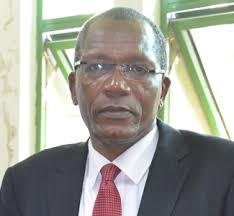 Joy has returned to Kenya Seed Company following the suspension of human resources manager Stephen Malakwen. According to sources within the corporation, most of the lower cadre members of staff indicate that the work environment is now perfect in the absence of the iron-fisted authoritarian manager. The HR manager is accused of tribalism, nepotism, sexual harassment in exchange of job opportunities and promotions, a practice he has perpetuated and perfected in years without any action by previous management, board and the Institute of Human Resource Management where he serves as vice chairman. Reports also indicate that the manager’s academic qualifications are in doubt, above all as he boasts of a degree from a university abroad and a master’s from a university in a neighbouring country that is not recognised by the Commission for University Education. Some of his former classmates in O level and A level shared with us his dismal performance in the national examination which did not make him qualify for university education.
He is also accused by former employees of awarding himself allowances irregularly while acting as head of HR between 2010 and 2011 contrary to HR policies and public service regulations.

This information has been shared to government leading agencies such as Inspectorate of State Corporations, EACC and DCI and action is being awaited, our source divulged. The amount of money lost in these circumstances is estimated to be to the tune of Sh5 million. The employees further accused the manager of carrying himself around as a prefect of other heads of departments and interfering in their departments. A case in point was his 2019 forays into Elgon Downs Farm, whose actions then led to total disarray where crops were not weeded, sprayed nor even top-dressed, leading to low yields and disharmony at the farm, a factor confirmed to us by management and staff. 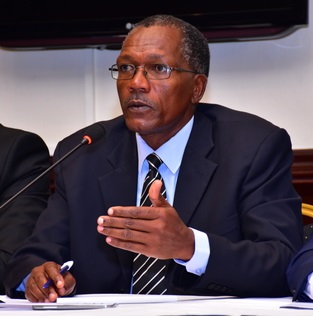 A fortnight ago, Malakwen organised staff union elections on a Saturday morning with the intention of imposing Dennis Ashika his side kick as a union representative. The elections were described by staff members as a scam since none of the bona fide employees voted and instead Ashika was declared the winner, a situation that has brought discomfort to union staff, whose preferred candidate is Tom Mokua. Some of the leading golfers and former captains at Kitale Club described him as a man full of ego and pride not suitable to serve in a public office. We also learned that after serving as golf captain for two years, it took the intervention of the former club chairman to kick him out to the relief of the golfing fraternity and the entire club membership.

It is an open secret that he has been undermining the new management at KSC, because he believes he is best suited to take over the mantle after retirement of the former management director. On December 21 2020, he led a delegation of his cronies to Sugoi home of William Ruto to lobby for his appointment as MD of the company. Those in the know indicated that the talk was that it was time for the Nandi to produce the next MD. He was accompanied by politicians aligned to the Tangatanga axis in Jubilee. In a heated exchange of emails by staff in 2019 on leave balance, it was noted that Malakwen had leave days to the tune of 200 days, which was ironical since he was the same person responsible for implementing leave policy. Not proceeding on leave implies that one is concealing facts or malpractices, which is equivalent to corruption, it is assumed.