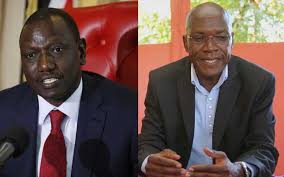 Campaigns for the Jubilee party candidate for Kibra parliamentary seat Macdonald Mariga are in disarray due to wrangles over cash handouts.
Last week, some MPs and Jubilee supporters almost exchanged blows at Weston Hotel in Nairobi over alleged misuse of campaigns funds.
The Jubilee MPs, according to a source who witnessed the confrontation, do not want funds to be channeled to political activists and other party supporters, arguing they do not have the capacity to mobilise the voters.
On the other hand the party supporters and activists are accusing the MPs of pocketing the money given to them for voters mobilisation.
William Ruto who is leading and bankrolling the campaigns, has held several meetings at Weston Hotel with Jubilee officials and MPs in a bid to end the wrangles.
The first casualty was former Kakamega senator Bonny Khalwale who was dropped from Mariga strategy team over campaign funds fraud. 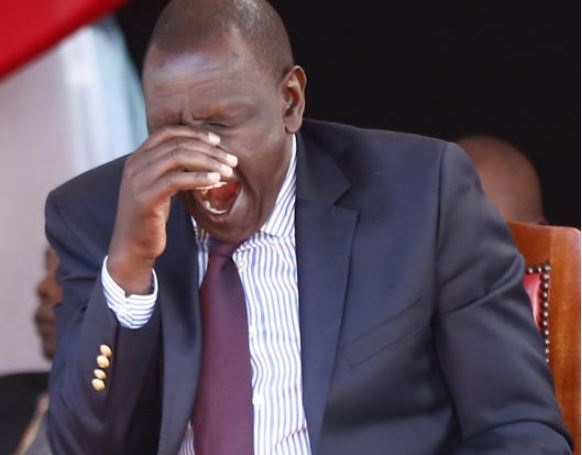 The former senator is said to have been given Sh3 million for mobilisation in Kibra but ended up using only Sh100,000 which he gave to a group of “Luhya leaders” purportedly to do the mobilisation on his behalf as he feigned fatigue and kept off.
The issue became heated at Weston Hotel when two MPs from the Rift Valley confronted him and demanded a share of the money but the former legislator refused to part with even a single cent.
Though low key, Khalwale has been having frosty relationship with the core team arranging Ruto events over his incessant demand for cash to supposedly ‘campaign’ for the DP in Western Kenya.
Even as he campaigns, Khalwale has also announced he will contest the Kakamega gubernatorial position which is also being eyed by Jubilee majority whip and Mumias East MP Benjamin Washiali.
Back to Kibra, Kiambu county woman representative Gathoni Wamuchomba is among those who have dismissed Jubilee aspirant as curtain raiser, backing ODM’s Imran Okoth.
Even as Jubilee puts a brave face, the deep-seated mistrust between those supporting Uhuru Kenyatta and those backing the deputy president continue to paralyse the ruling coalition, with leaders pulling in opposite directions.
At the same time, several youths from Mt Kenya region also backed the ODM candidate, saying the handshake is paramount.
“Having evaluated all the candidates, we have come to the conclusion that the best candidate with the vision and clout to fit in the gap and continue with the great works left by the late Ken Okoth is none other than Imran,” they said.
The Kikuyu youth said they snubbed Jubilee candidate in the spirit of the handshake.
“We will mobilise our people and fellow Jubilee party members to support, vote and protect the votes of ODM’s Imran Okoth. Kibra is safe in his hands and the handshake will remain strong,” said Zack Kinuthia, the leader of the group.
Kinuthia said the group will support the president and Raila Odinga in spreading the spirit of the handshake in Kibra and across the country.
The youth were received by Nairobi county assembly minority leader Elias Otieno and Raila’s sister Ruth Odinga.
They said the president had not endorsed Mariga for the seat.
“He was ambushed and he never said anything apart from taking a picture with the candidate,” Kinuthia claimed.
Meanwhile, Nairobi Jubilee Party MCAs have endorsed Mariga’s candidature.
Led by majority leader Abdi Guyo, the ward reps have pledged to conduct door-to-door campaigns for Mariga to ensure he wins the seat.
The development comes after Uhuru and Ruto assured Mariga of their full backing.
Guyo said Mariga, a youth, is the best fit for the Kibra seat because he will directly relate to and solve the problems in the subcounty.
He said Mariga understands the problems in the area and has the backing of the party in implementing his manifesto.
The MCAs said the by-election is a political process and Jubilee fielding a candidate in Kibra did not mean they were going against the handshake.
The Matopeni MCA said the party is not bothered by the cliche that Kibra is ODM’s playground.
The ward reps hit out at embattled Nairobi speaker Beatrice Elachi over her remarks that Mariga cannot fit into the shoes of the late Okoth. 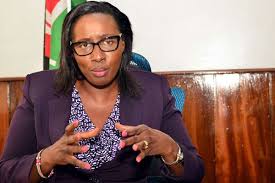 While speaking at Citizen TV, Elachi denounced Mariga’s candidature saying he was not the right person for Kibra.
“For anyone going to Kibra, they must set the bar high just like Ken Okoth. I am sorry, but Mariga cannot continue Okoth’s legacy,” Elachi said.
The MCAs told Elachi to keep off party politics and concentrate on sorting out her political issues at the assembly.
“Elachi herself is complaining about values yet looking at her immediate past at the county assembly, she does not possess the same leadership values she accuses Mariga of lacking,” they said. 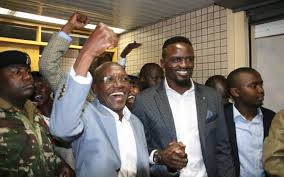 The front runners for the poll are ODM’s Imran Okoth, Mariga and ANC’s Eliud Owalo.
According to the Independent Electoral and Boundaries Commission, 23 candidates have been cleared to vie for the Kibra by-elections. Seven are independent candidates. 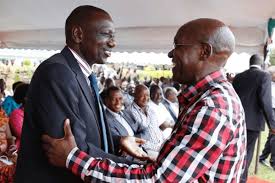 Other Jubilee leaders who have denounced Mariga includes Youth and Gender Affairs CAS Rachael Shebesh who claimed Uhuru did not endorse the ex-footballer.
In a widely circulated video clip, Shebesh is heard saying that Uhuru never endorsed Mariga for Kibra MP in the by-election.
She said a few individuals fronting Mariga sneaked him through the backdoor into State House and forced Uhuru into accepting to pose for a photo with him.
But politicians allied to Ruto denounced Shebesh, saying her remark amounts to misconduct and disrespect to the party and called for her resignation.
They were speaking at Chemaner in Bomet East during a fundraiser for a businessman whose property was razed by fire
Led by Bomet woman representative Joyce Korir, Bomet East MP Beatrice Kones and Senator Christopher Langat, they told Shebesh she was holder her position thanks to Jubilee.
Therefore, she should toe the line and stop campaigning against the party’s agenda, they said.
They said Jubilee was not formed by one individual but by the president and DP.
“Jubilee belongs to us all…we respect Uhuru as the party leader and Ruto as the deputy party leader so she should respect both equally,” Korir said.
She said the handshake between Uhuru and Raila did not mean Jubilee and ODM had merged.
“This is the reason we have Jubilee and ODM candidates separately vying for the Kibra seat and which Uhuru and Ruto have endorsed.”
“She should stop being stupid and know she is where she is now because of us in Jubilee,” Korir said