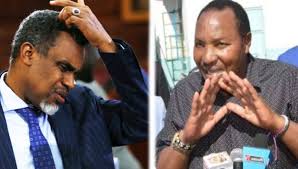 Beer flowed freely in many bars along Kiambu Road after the Director of Public Prosecutions Noordin Haji ordered the arrest of Kiambu governor Ferdinand Waititu over alleged corruption charges.
Famous clubs along Kiambu Road such as Whiskeys Rivers, Club Simba and Sharks were full to capacity as unpaid suppliers and contractors at the county government celebrated the incarceration of the man they accuse of looting the money meant to pay them.
One of the contractors is said to have spent a whopping Sh1 million buying drinks to all the revelers who entered the bar.
Prior to his arrest, Waititu had fallen out with six finance officers forcing them to abruptly resign, citing disagreement with him on payments of millions of shillings to contractors.
Faith Njeru who served as chief finance officer, four senior accountants and a procurement officer are among those who quit in the fallout over Sh900 million pending bills.
The besieged governor had reshuffled top officers prompting the resignations, amid claims the governor had a preferred list of companies he wanted paid first, and which the officers had resisted.
Speaking to the press, the former chief officer said they could not agree with what the governor wanted since there were several suppliers who did business with the county government in 2014, 2015 and 2016, but were yet to be paid. 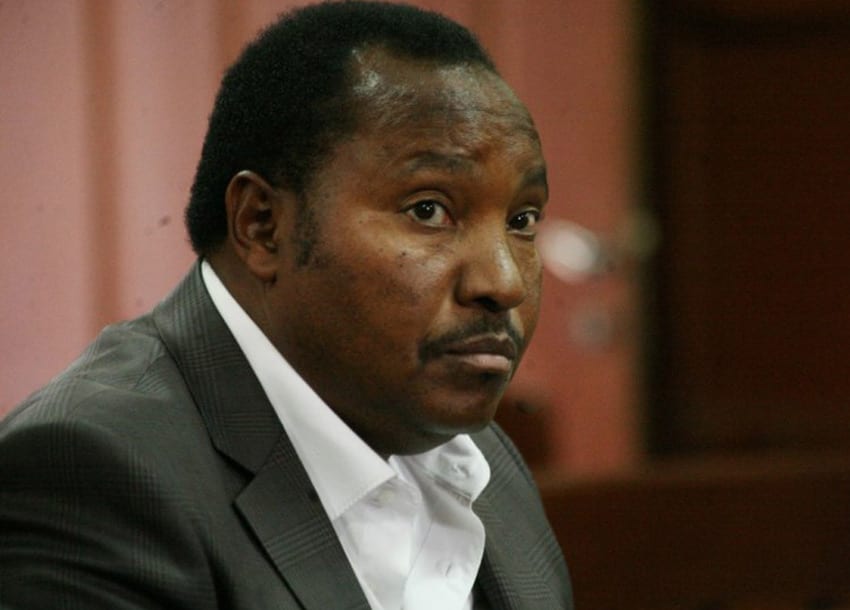 Some of the officials who have resigned are also in focus as investigations established that about Sh200 million had been paid out to personal accounts of accountants in the county, with unsatisfactory explanations offered as reasons for the bank transfers.
According to sources, Waititu had vowed not to pay contractors who supplied goods in his predecessor William Kabogo’s government.
He had instead drawn a list of those to be paid, some of whom supplied air to the county government.
In Kiambu town, revelers in nearly all the bars broke into song and dance when the arrest of Waititu was announced.
They accused the governor of embezzling money meant for the region’s development through the infamous Kaa Sober programme of rehabilitating alcoholics.
Club owners were also not left behind as they celebrated the woes of a man who had made business difficult due to his stringent rules and constant raids on outlets defying his directives.
In his campaigns for the gubernatorial seat, Waititu’s main campaign agenda was to win the war against illicit liquor in his county.
His resolve towards winning the war saw him take it a notch higher by delicensing 500 bars out of 3062 bars and pubs that were operating in the county.
But his move attracted the wrath of Kiambu Bar Owners Association, who termed it as ridiculous and crude.
They accused the governor of frustrating genuine bar owners on the pretext of fighting illicit brews.
But this did not stop him from dictating that each of Kiambu’s 60 wards has about eight bars.
He also started spending Sh2 million daily to rehabilitate 4,500 recovering addicts, a programme that run for almost a year and is now the subject of investigations by the Ethics and Anti-Corruption Commission.
It was nominated senator Isaac Mwaura who spoke for many when he said the people of Kiambu made a mistake in electing Waititu as their governor.
“I remember during our campaigns, he didn’t have any money. But he now has buildings in Nairobi,” he said.
Mwaura said Kiambu county has potential but roads have not been good and those built only last a few years.
“Money allocated for these projects ends up in the pockets of a few who get tenders but build substandard roads cheaply and pocket the rest,” Mwaura said.
His remarks came after the arrest of Waititu, his wife Susan Wangari and other Kiambu county officials.

Will plot to impeach Khaemba succeed?