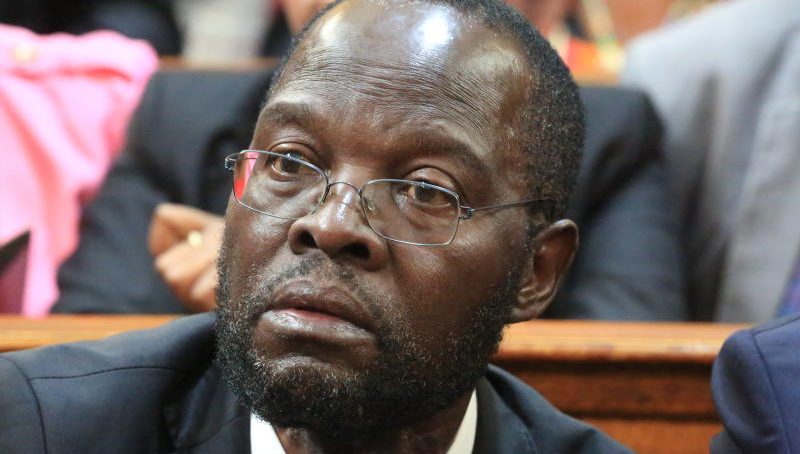 A woman MCA in Kisumu claims her life is in danger. According to sources, the MCA allegedly has information touching on abuse of office, negligence and money minting rackets which can be detrimental to the chief officer and his lieutenants in case the Ethics and Anti-Corruption Commission and the Directorate of Criminal Investigations come calling.

The dreaded cartels led by one Agai Kadiri have been running the show since 2017 due to lameduck kind of leadership by Governor Anyang Nyong’o have vowed to deal with the MCA as soon as possible lest they land in a criminal ditch if the alleged crucial information is leaked to the EACC and DCI sleuths.

The MCA is now living in fear after word went round that marauding goons have been trailing her. Recently, there was shocking news when heavily built men believed to be operating under Kadiri were said to be hunting the MCA.

Speaking to press, the tough talking Seme Central ward MCA accompanied by some women leaders furiously condemned the ugly incident coming at a time some male culprits have been accused of meting sexual assault against women.

“I have reported the matter to the committee and the committee chair, plus the leader of the delegation which will be handled later,” MCA told this writer.

Weekly Citizen is in possession of communication between the committee members in a WhatsApp chat group where chairman Kadiri is pleading with members not to use that platform to address the MCA’s complaints.

According to reliable sources, the matter has resulted into a serious friction between Kadiri and his wife who is reportedly contemplating divorce pending consultation with her friends and family members