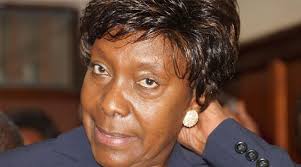 When the world felt the challenge of food scarcity, leaders met in Rome, Italy and formed the UN Food and Agriculture Organisation. The organisation defines food security as when all people have physical, social and economic access to sufficient, safe and nutritious food that meets dietary needs and food preference for an active and healthy life at all times.
Following the first meeting, African leaders met in Maputo, Mozambique, where they agreed to put aside some 10 pc of the continent’s total budget for agriculture.
Speaking at participants during a meeting on the food security in Kitui county organised by the Caritas Kenya in partnership with the Catholic Agency for Overseas Development at the Kitui 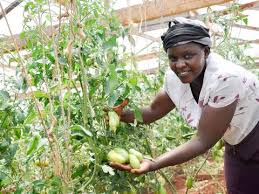 Catholic Diocese’s Kitui Pastoral Centre a governance consultant George Biruri lauded Kitui county for having been putting aside a lot of its budget funds for agriculture in the county.
“I think Kitui is the only county in Kenya that puts aside the largest amount of its budget funds for agriculture,” the consultant said. The county allocates billions of shillings to its agriculture ministry during each financial year since 2013 when the devolution services started in Kenya. Biruri said land is an important element in food production. And he added that the poor methods of land preparations used by many of our farmers have impacted negatively on environment. “They have contributed to soil erosion and reduced production,” he said.
“Some of the lands in the country are very fragile and require delicate land preparations to prevent the top soil from being washed away during rainy seasons. It is therefore necessary to use methods that help in protecting the top soils and water retention,” Biruri said.
He added that the availability and accessibility of water is a major factor in food security. Kitui county suffers from lack of water, adequate rainfall, poor rain patterns, climate change, illegal diversion of rivers and poor allocation of resources to the water departments, the expert said. “Kitui county is food insecure. We need it to be food secure,” he added.
The consultant said the producer prices that the farmers have been getting are very discouraging.
“The low profits or losses by farmers are as a result of poor producer prices due to interference by brokers who manipulate the market, lack of value addition, poor profit and losses due to high costs of seeds, fertiliser, pesticides, transport and labour,” the expert went on.
In an urban setup like Mombasa and Kisumu, the food security assumes a different perspective, Biruri said.
“The people don’t work on farms. So they require income to be able to purchase goods and other provisions from the market,” he said. Biruri said Kenya’s rural counties suffer immensely when there are disruptions due to their reliance on a single economic activity. Information is important in ensuring accessibility and availability of food. Lack of relevant information has contributed a lot to the food insecurity, Biruri further said. He said that Kenya has been talking of the food security in Kenya since 1981.
“The government has been making efforts to address food security in Kenya since 1981. So we say this issue of food security in Kenya is mentioned every here and there,” the expert said.
Previous
Feature
Read more